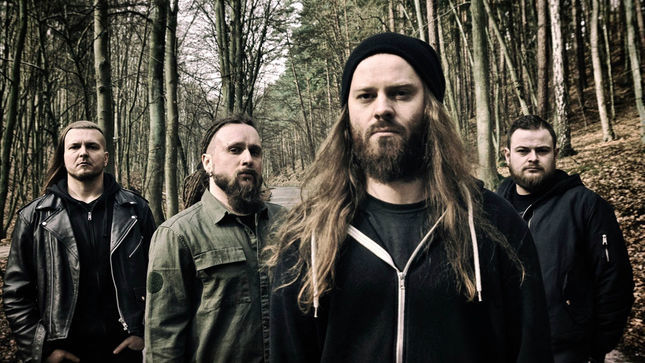 According to The Spokesman Review, two members of Decapitated are on their way to Spokane County to face accusations of kidnap and rape after a concert in Spokane.

Michal Lysejko, 27, the band’s drummer, and Waclaw Kieltyka, 35, the guitarist, began the extradition process Monday night when they were transported from a jail in Los Angeles County en route to Spokane County, said Steven Graham, Lysejko’s attorney. The other two members, Rafal Piotrowski, 31, the lead singer, and Hubert Wiecek, 30, the band’s bass player, will be transported at a later date.

The four men were arrested September 9 in Santa Ana, California, on suspicion of first-degree kidnapping stemming from an Aug. 31 incident in downtown Spokane. They have been held in Los Angeles County Jail awaiting extradition to Spokane.

Court records that were made public said the band was on tour in Spokane, Washington at the time of the suspected assault, which allegedly took place after a concert on August 31st. They reveal the unidentified victim told police in Washington she was sexually assaulted in the bathroom of Decapitated's tour bus. The victim and her friend said they were invited for drinks on the bus, and the victim said she was then trapped in a bathroom as each band member took turns raping her while her friend watched. The woman was later taken to a hospital, and court documents said she had injuries consistent with being restrained.

One woman said she was “grabbed and spun around to where she was facing the sink and mirror in the bathroom” when she noticed her friend leave. The woman said she “saw in the mirror and out of the corner of her eye each of the band members taking turns raping her.”

But a volunteer of The Pin, 412 W. Sprague Ave., where the show took place, said that after the show and before they were in the bus, that the two women were “groping” and “all over” the lead singer and another member of the band, touching their backs, sides and chests – “feeling them up” – to the point where the men asked security if they needed to be kicked out.

He told police after clearing more equipment out of the venue that he saw through the bus doors one woman chugging a clear liquid, which he believed to be alcohol. Later, he saw both women standing outside of the bus door smoking a cigarette. He last saw the alleged victim’s friend walking west, talking on her phone. He told police she seemed more “(angry) than anything.”

In court, each band member took turns in front of a judge agreeing to be extradited to Washington. They all had a polish translator while a representative from the Polish consulate sat in the courtroom.

Back in September, Decapitated issued an official statement defending themselves after the woman at the center of this situation claimed she was gang-raped by all four members of the band in the bathroom of their tour bus after an August 31st concert in downtown Spokane, Washington.

“While we are not perfect human beings, we are not kidnappers, rapists, or criminals. As such, we strongly deny the allegations that have recently been brought against us. We ask that everyone please reserve their judgement until a definitive outcome has been reached, as charges have yet to be pressed. Full testimony and evidence will be presented in due time, and we have faith in that process.

“As there is uncertainty regarding a timeline for prospective proceedings and out of respect for fans and promoters, due to the severity of the claims, we have cancelled all planned touring.

“All social media platforms have been temporarily disabled as they have been used as destinations for defamatory and malicious remarks. We would like to point out that the statements in the published police report were given prior to an arrest. At that point, no member of the band was aware of an active warrant being issued.”

All four members of Decapitated - Michal Lysejko, 31, Waclaw Kieltyka, 35, Rafal Piotrowski, 31, and Hubert Wiecek, 30, were in court in Los Angeles on September 12th. They were arrested in Santa Ana for first-degree kidnapping charges on Saturday, after performing in the SoCal area. Since then, they have been jailed while awaiting extradition to Spokane.