DEE SNIDER - "I Think I Do Have A Well Of Anger Within Me"; Audio 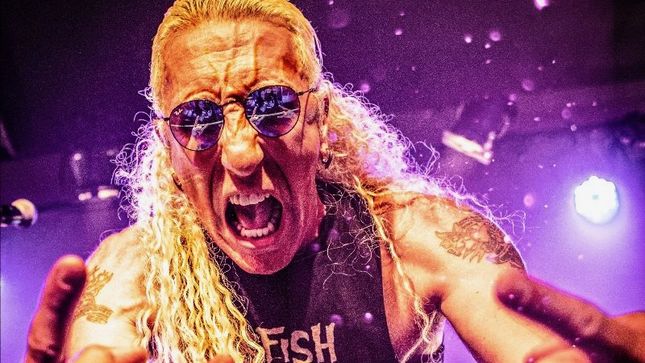 Jimmy Kay and Alan Dixon of The Metal Voice recently spoke to Dee Snider about his new live album, For The Love of Metal Live, which will be available on DVD/Blu-Ray, CD on July 31 via Napalm Records.

Asked if he's angrier these days, Snider reponds: "I'll tell you something that I've never told anybody except my wife, and she said, 'that's really screwed up'. I am blessed, I believe I'm happy, I have success and financial well being. I have all the things people dream of, and I always dreamed of, yet, anytime I look in the mirror I give the middle finger, and I am not sure if I'm giving the middle finger to myself or to the world in the privacy of my own moment. But I think I do have a well of anger within me. To be totally honest, I feel that it has always been very difficult for me to get things done. Nothing I've ever done has ever come easy, and people say, 'oh, it must be so satisfying', it is. But damn, I would like something to go easy once in a freakin' while. I would like someone to just say yes and not have a friggin battle with everything I try to do, and I mean everything, even my kids. I think there is a hidden well of anger still in there, and you're hearing it."

Music lovers around the world are craving the return of live concert experiences, and For The Love Of Metal Live is just the thing to keep live music where it belongs - with the fans. Combined behind-the-scenes footage, various detailed interview clips, insightful personal commentary and electrifying live performances make this release an entertaining experience that every heavy metal fan needs in their collection.

Today, Dee Snider has revealed a new live video cut from For The Love Of Metal Live - featuring his energetic performance of "I Am The Hurricane". The seductive, metallic first notes of the track combine with ominous guitar-driven atmosphere as Dee Snider dominates the powerful lyrics of the track - denying opposition at his every turn and leaving doubters in his wake. The track takes on a whole new level of confidence in its live setting, as it transforms into an even more heartfelt rallying cry to all to rise above hostility.

Dee says about “I Am The Hurricane” Live: "If there is ever a repeated message in my songs it's this: Stand up, fight back, don't take any sh*t from anybody, and f*ck anybody who gets in your way or tries to put you down. It's a message that constantly needs to be reinforced in us all, myself included. 'I Am the Hurricane' is that reinforcement!"

The For The Love Of Metal Live DVD/Blu-Ray and accompanying live album (available in various formats, see below) features audio captured from several Dee Snider festival performances worldwide - from the United States to Europe, Australia and beyond. In addition to tracks from Snider’s solo catalog like “I Am The Hurricane” and “For The Love Of Metal”, Twisted Sister favorites such as “I Wanna Rock” and “We’re Not Gonna Take It”, and even a cover of AC/DC’s “Highway To Hell”, the audio portion of For The Love Of Metal Live also features a brand new original studio track, “Prove Me Wrong” - a thrashing, confident metal hit.

Select audio editions and the DVD/Blu-Ray also feature additional bonus live material and personal footage, with the DVD/Blu-Ray including even more special bonus interview content. The interviews feature Snider himself discussing his famed PMRC hearing, opening for Motörhead and more. Dee Snider fanatics won’t want to miss For The Love Of Metal Live!

Dee Snider says about the state of live music in 2020: "While live entertainment has been curtailed for now, we cannot let the spirit of live entertainment die within us. Any music I’ve ever loved and listened to, I always imagine what it would be like live. When I was young and couldn't go to shows, all I had was what I thought the bands would be like live. We must keep our desire to see and hear the great new music out there in concert, because that's its true habitat.  Bands on stage with fans cheering them on in the audience is the way the rock gods intended it to be." 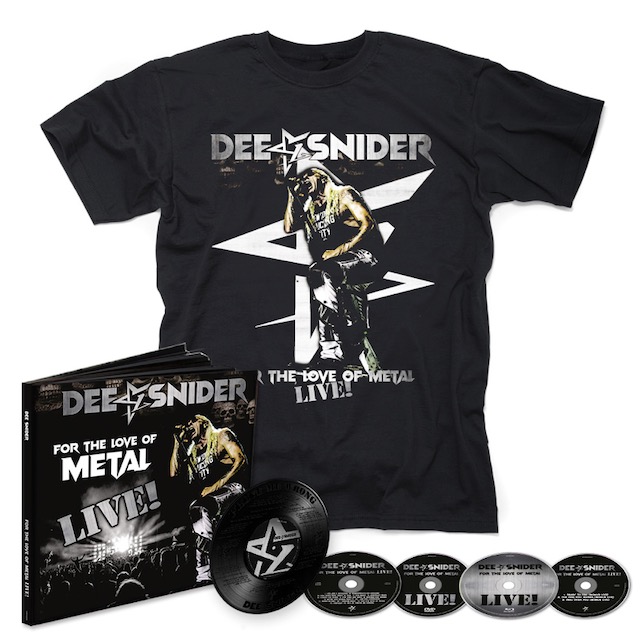 For The Love Of Metal Live will be available in the following formats:

Pre-order For The Love Of Metal Live here. 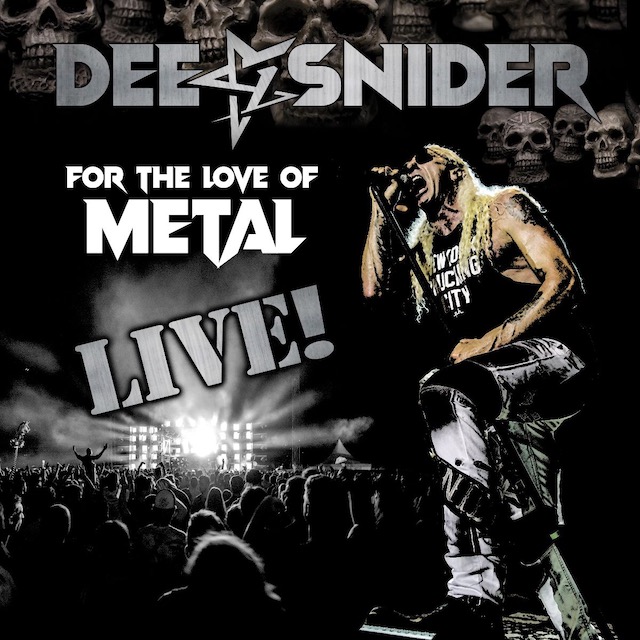 For The Love Of Metal Live tracklistings: