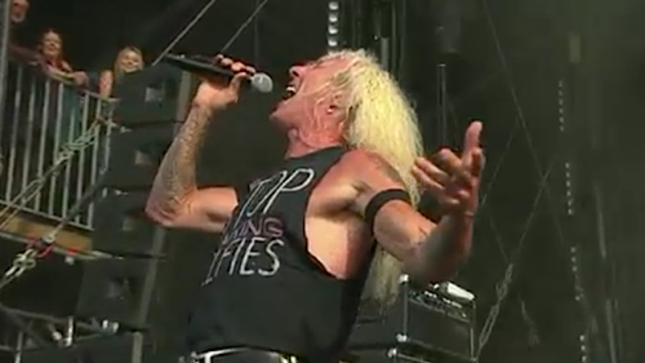 Rock Meets Classic showcases classic rock artists of the '70s and '80s performing their hits backed by The Mat Sinner Band and the Bohemian Orchestra Prague. This summer they performed two special festival shows in Germany at Rock Of Ages and the Wacken Open Air on July 31st and August 1st respectively.

Check out Snider's over-the-top performance at Wacken below:

The Rock Meets Classic organizers have checked in with the following update:

"Ladies and Gentlemen, we're proud to announce the first guest artist for the Rock Meets Classic tour 2016; welcome Steve Walsh of Kansas. The tour will start on March 30, 2016 - we will announce the tour dates and start of the ticket sales soon!"