DEEP PURPLE Keyboardist DON AIREY Reveals He Played Bass On JUDAS PRIEST's Painkiller Album - "I've Never Said A Word About It Before; It Was An Exciting Album To Do" 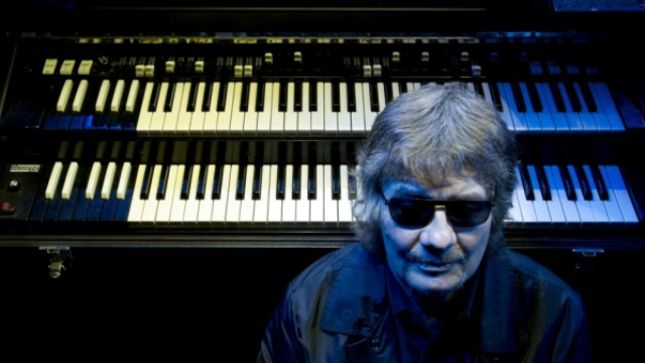 Don Airey is a rock legend. Fact. Since replacing Jon Lord in Deep Purple back in 2002, he has contributed to several studio albums culminating in the band’s recent release, Whoosh! His musical pedigree also includes Gary Moore, Rainbow, MSG, Ozzy Osbourne, and also several solo albums. AntiHero Magazine caught up with Airey to discuss the new Deep Purple album and other high points of his carer. Following is an excerpt from the interview.

AntHero: Deep Purple. Your latest album has achieved massive global success. Does it still surprise you regarding the enduring appeal of the band?

Don Airey: "Yes. It really has. You do an album; you don’t know how people are going to react to it. Usually we have a law saying they loved the last one, they’re going to hate this one. But it doesn’t seem to have worked like that this time. The reaction has been overwhelming, I must say."

AntiHero: Just to pick out another band that you’ve worked with, that you contributed keyboards to Judas Priest's Painkiller album. What was your given remit going into creating keyboards in a band that isn’t generally renowned for it using any keyboards?"

Don Airey: "They were so worried about it they didn’t even give me a credit, I don’t think, on the album. They paid me, which is always the point. But recently, I mean this last month or so… it’s a wonderful album, Painkiller."

Don Airey: "And Scott Travis (drums) has spilled the beans about it, that all the bass parts are me playing on the mini. It’s Moog bass on the whole album; that was Ian Hill’s bass mixed in as well on parts. But at the time Ian wasn’t very well so he wasn’t at the sessions. So, I got made to do all the bass and they kept it. I mean, it was a funny old job. I only got to play proper keyboards on one track, I can’t remember what the track is. I just read about it yesterday that they’d actually said, I’ve never said a word about it before. I mean, it was an exciting album to do. They’re wonderful people to be around."