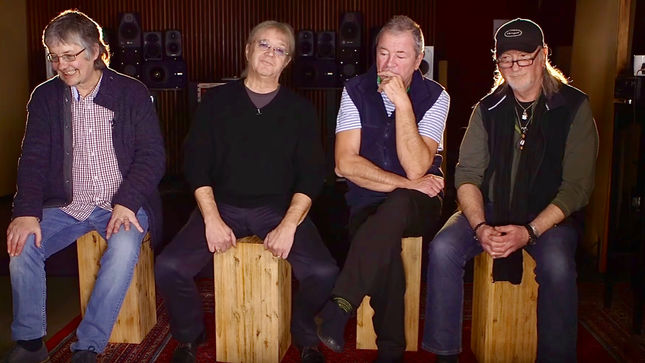 Deep Purple have launched a new video series, entitled “About The Band”, in support of their new studio album, inFinite. Watch Parts 1 & 2 below.

inFinite is quickly becoming one of the band’s most successful albums to date. With top chart numbers across the world, it has already surpassed the incredible success of their last release, NOW What?!.

Beginning with the US, the current single “All I Got Is You” has hit #1 on the Classic Rock radio chart. inFinite has also had incredible sales debut numbers, hitting the  #1 spot in Germany and Switzerland, while  reaching the Top 10 in an impressive number of countries worldwide including UK, Italy, Sweden, Norway, Finland, Belgium, Netherlands, Spain, Poland and France. On release date, inFinite topped the iTunes main charts in sic countries and charted Top 5 in over 20 countries.

inFinite “About The Band” Part 1:

inFinite “About The Band” Part 2: