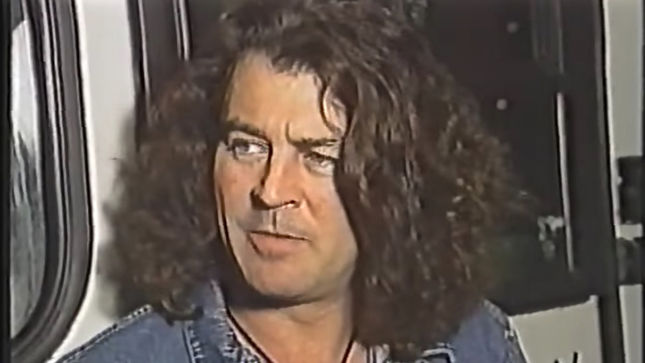 This rare video is from a very exciting period for Deep Purple legend Ian Gillan, who was touring the world with his new solo band in 1992. Ian would call his band Repo Depot and the band featured Brett Bloomfield (bass); Ian Gillan (vocals); Leonard Haze (drums); and Dean Howard (guitar). The band even recorded some tracks before Gillan re-joined Deep Purple in 1993. This show was on September 13th, 1992 at the Bucharest Festival, Romania.

In mid-1990, Ian Gillan released his Naked Thunder album and hit the road on a world tour. Check out Ian walking us through life on the road, and on the bands tour bus in Amsterdam in September 1990.

Check out this Gillan Band video play list featuring the songs “Vengeance”, “Sleeping On The Job”, “Trouble”, “New Orleans”, “No Laughing In Heaven” and “M.A.D.”.

Deep Purple have released a 30-second trailer for their new studio album, entitled Infinite, and due out via earMUSIC in 2017.

Watch the trailer below and stay tuned for more news on the new album, to be revealed soon.

Deep Purple’s California Jam 1974 will be released for the first time on Blu-ray on December 2nd via earMusic/edel. The video has been completely restored using the newest technology and features a new cut of the show.