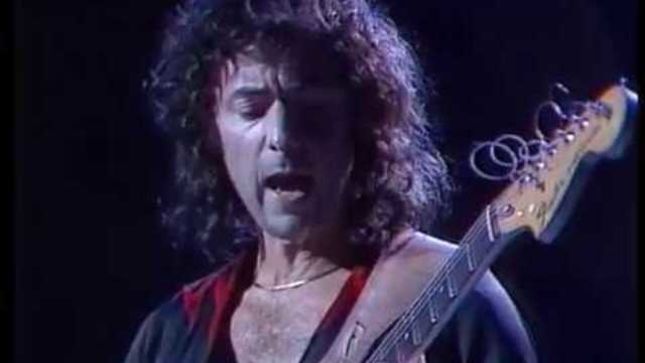 The triumphant return of Deep Purple Mark 2 to global concert stages in December 1984 was a huge success. In the newly uploaded clip below, the band storms through "Lazy" in Sydney, Australia featuring the immense talents of guitarist Ritchie Blackmore and keyboardist Jon Lord.

"Lazy" is taken from the band's classic 1972 album, Machine Head.

"Nothing At All" is one of 13 tracks that comprise Deep Purple's new album, Whoosh! A video for the song has just been released.