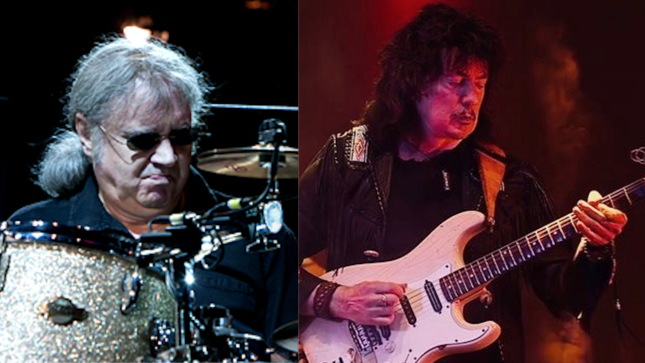 Although Blackmore left the band in 1993, Ian Paice and other band members carried on and continued to play concerts and record albums under the name Deep Purple.

Considered one of the pioneers of modern hard rock, Deep Purple were formed in 1968. Two of the band’s most famous songs include “Smoke On The Water” and “Highway Star”.

Paice opposed the trademark in September 2013, claiming that it was too similar to an earlier unregistered mark for ‘Deep Purple’, which covers music recordings, posters, drum sticks and clothing, among other items.

Paice alleged that use of the Blackmore mark could be prevented by an action for passing off.

In February 2015, the European Union Intellectual Property Office’s (EUIPO) Opposition Division upheld the opposition in part, refusing registration for some of the goods in class 9 and all of the services in class 41.

Paice appealed against the decision.

In the first decision, on March 21, 2016, the EUIPO’s Fifth Board of Appeal dealt with passing off, finding that after Blackmore’s resignation from the band, Paice and other members of Deep Purple had accrued “significant goodwill” under the name and that the registration would be preventable under passing off.

Blackmore appealed against this decision, claiming that the appeal board shouldn’t have admitted evidence filed by Paice after the deadline, that Paice hadn’t proven goodwill in the name Deep Purple to the requisite legal standard, and that the board was wrong to conclude that there was sufficient evidence to show that Paice was entitled to a share in the goodwill.

However, the General Court today rejected the appeal in case T-345/16. It found that Paice had proven goodwill, and that because the essential factual and legal matters in Blackmore’s claim related to Paice’s share of the goodwill “are not indicated coherently and intelligibly in the application itself”, the court was obliged to reject it.