Definitive THUNDER Story To Be Revealed In Giving The Game Away Book; Louder Than Words Launch Event In November 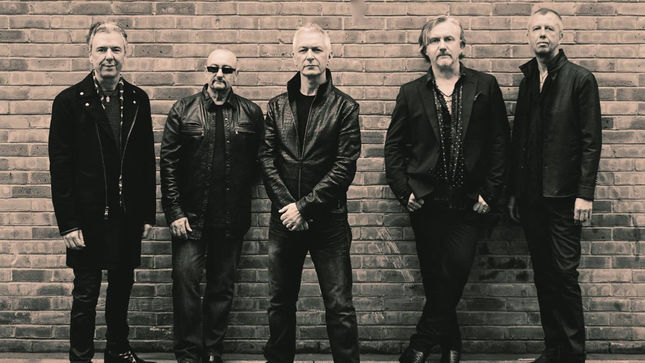 UK rock legends, Thunder, have revealed some details for their first-ever book, coming later this year. A message from the band follows:

“We’re pleased to announce that our first ever book will be called Giving The Game Away, and it's the definitive Thunder story in all its glorious detail. We’ll be launching it at the Louder Than Words literary festival in Manchester (England) on November 12th. We’ll be “in conversation” with Joel McIver, our long suffering author (he who interviewed us 1,000 times for the book).

“As and when it feels appropriate, we’ll burst into acoustic performances, and Joel will do his best to exercise some control over the proceedings. Once we’re done, we’ll mingle for a short while with the assembled throng, chat and sign the book (which can be pre-ordered along with tickets).

Tickets and pre-sales for the book will go on sale at 9 AM on Friday morning, and this is fair warning so you all have an equal chance to get your hands on one or two. It’s an intimate event, so those who want to attend will need to be quick.”

Updates will be revealed via the Thunder Facebook page.

Thunder have announced dates for an Australian tour in 2017.

Says the band: “Yes, yes it’s true. It’s only taken us 28 years to get there, but in March 2017, we will play our first ever shows in Australia. Tickets will go on sale this Friday, and there's a pre-sale happening on Wednesday too. All ticket links will be posted here.

“In the meantime the venues and dates are below. We really can’t say any more, we are way too excited.”

Since forming in 1989, the Londoners have established themselves among the UK’s most consistent attractions, notching up some twenty Top 50 singles in their homeland and cultivating a well-deserved reputation as consummate live performers with the likes of Axl Rose (Guns N’ Roses), Aerosmith and David Coverdale (Whitesnake) amongst their fans.

With a lineage dating back to the cream of British hard rock - Led Zeppelin, Bad Company, The Who and Deep Purple - and songwriting greats such as The Kinks, The Beatles and The Faces, the band’s sound is a timeless marriage of unforgettable melodies and sheer rock power. With their first two albums Back Street Symphony (1990) and Laughing On Judgement Day (1992) reaching gold in the UK, Thunder cemented a rock reputation that has lasted decades.