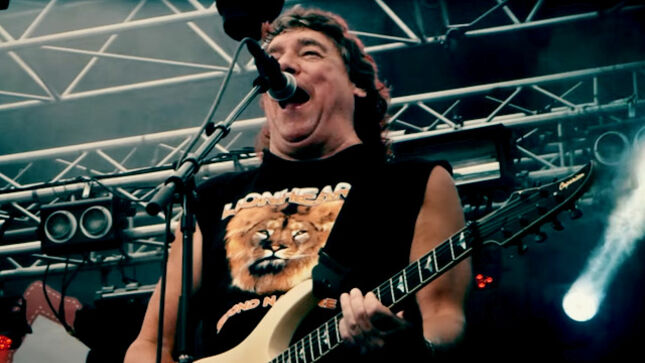 Iron Maiden is one of the nominees, and during an interview with Sonic Perspectives correspondent Robert Cavuoto, former guitarist Dennis Stratton talks about the release of Iron Maiden’s debut LP, what he brought to the band’s music, the importance of the Rock & Roll Hall of Fame nomination, and why Iron Maiden fans should vote and vote often. An excerpt follows:

Q: The first Iron Maiden LP is considered one of the most influential metal albums of our time. When you were recording it, were you aware of just how revolutionary it would be to heavy metal?

Stratton: "Not at all! In 1979 when they signed the deal with EMI in London, they transformed from a pub band to a big band overnight! There were only three guys in the band; Steve, Dave, and Paul. When I went down to meet them, they were missing a drummer and second guitarist. Going into the band, I was given the “Soundhouse Tapes”. I had always been involved with harmony guitar bands like I am now with Lionheart and Praying Mantis. Joining Maiden, I helped transform the sound of the band quite dramatically. Dave and I sat down to run through a few things, and then I was left alone to put down my stamp on their songs prior to recording the first album. I was basically given free rein to put harmonies where I thought it would make it more interesting. It seemed to work, and it still works for them today with three guitarists doing all the harmonies. As far as knowing what the album was going to do, it was nowhere near what we were thinking. At the time, we were in a rush as we needed to finish the Metal for Muthas tour we were on, finish the album for EMI, and then go out with Judas Priest."