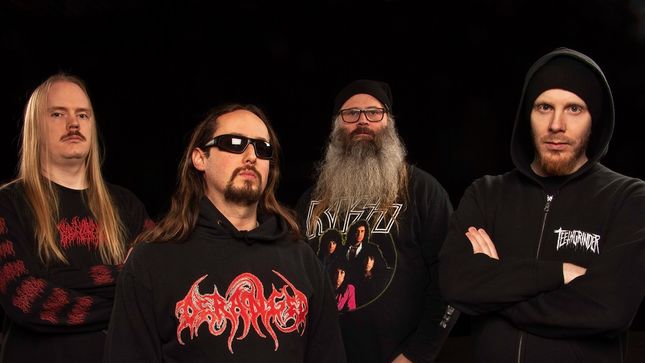 "It's death metal like it was meant to be", says drummer and mastermind Rikard Wermén, who's been in charge of the band's steering wheel for nearly thirty years. "No gimmicks, no costumes, no stage show, no make up, no bullshit. Just straight up ruthless metal the violent and intense way."

Born in Sweden in 1991, Deranged are seasoned veterans of the death metal scene. The band's name was derived from a horror movie, and likewise horror became the main source of its artistic inspiration and lyrical expression. Contrary to its roots, Deranged distincts itself from other Swedish bands that started their journey around 1990's, and encompasses a different approach altogether, with a nod towards American death metal. Their sound is faster, technical, with several deathgrind and groove elements.

Deeds Of Ruthless Violence is Deranged's tenth studio album and first one to feature new vocalist, Johan Bergström (Visceral Bleeding). It was recorded at Berno Studio (Amon Amarth, The Crown, Witchery) in Malmö. The album's artwork keeps the same aesthetics as its predecessor, and was created by Mike Hrubovcak (Grave, Six Feet Under, Sinister). 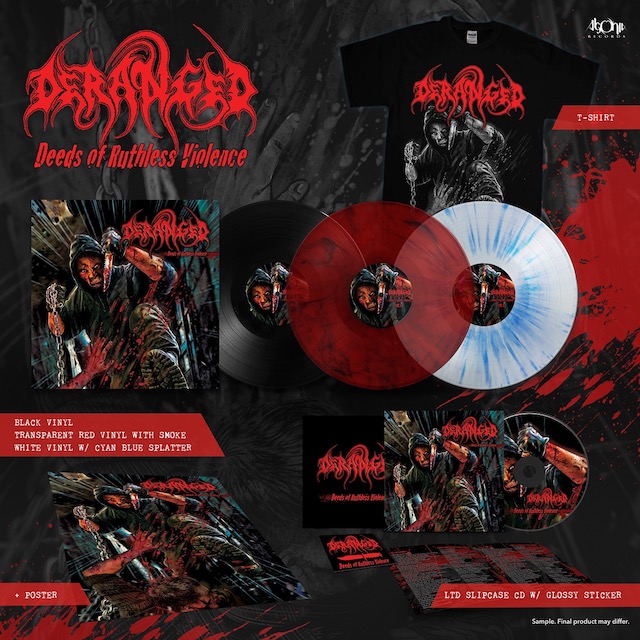 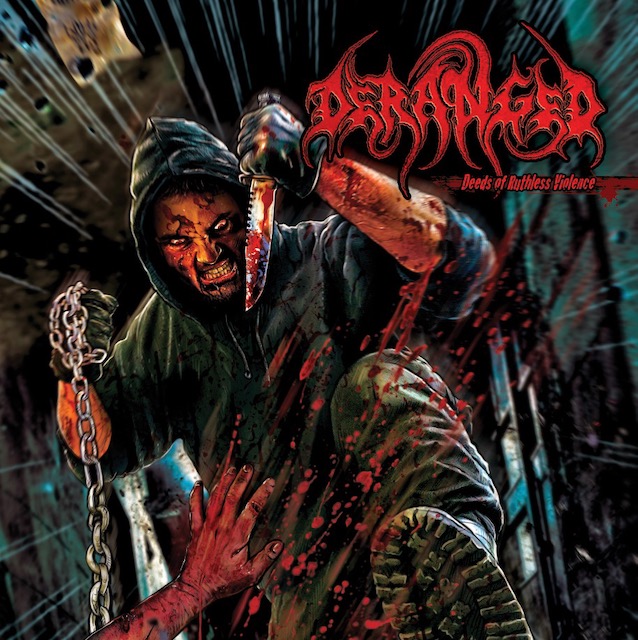 "Necro-Bulimia Interfering Afterlife"
"Engulfed By Hate I Stab To Kill"
"Level Of Lividity"
"Carnal Provision For The Rotten Masses"
"Through Stages Of Putrefaction"
"Carried In Pain, Released By Torture"
"Quarantine Required For Living Entities"
"I Send You Half The Kidney I Took"