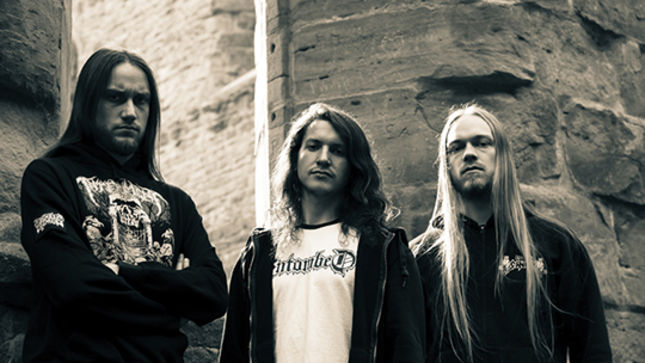 Kingdom Of Worms, the new album from German death metal band Deserted Fear, will be released October 24th through FDA Rekotz. The vinyl LP version will be released on November 21st. A full album stream can be found below.

Recorded in June and July at Eisensound Studio, Kingdom Of Worms was produced by guitarist Fabian Hildebrandt. The album was mixed and mastered by Dan Swanö (Edge Of Sanity, Bloodbath) in his very own Unisound Studio. The dark and atmospheric artwork was once again created by Thomas "Necromaniac" Westphal, fitting the music perfectly.