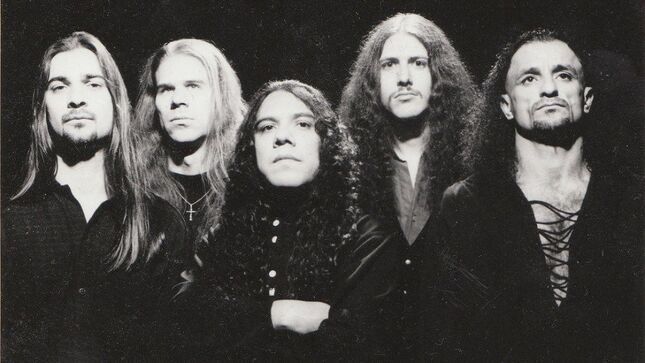 Italy’s Jolly Roger Records has released vinyl reissues of both Destiny’s End albums – Breathe Deep The Dark (1998) and Transition (2001). Though both discs were originally pressed by Metal Blade Records on CD, this marks their first outing as 12” records.

Destiny’s End played a unique blend of technical, melodic power metal with heavy riffs, catchy hooks and thought provoking lyrics. The intricate guitar work of Dan DeLucie and Perry Grayson combined with the thunderous and precise rhythm section of Andi and Craig, provided the perfect vibe for Rivera’s high-ranged vocals. While DE was influenced by such icons as Black Sabbath, Judas Priest, Iron Maiden, Mercyful Fate, Savatage, Sanctuary, Fates Warning and Death, they were a unique band with their own unique identity. 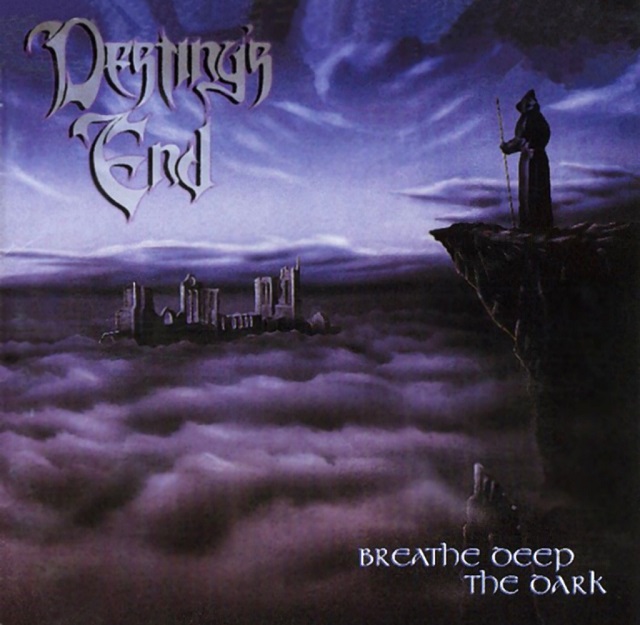 The Transition LP is a very special and rare gem. It marks the first time metalheads will get to hear co-producer/engineer Joe Floyd’s original March 2000 mix of the album. Floyd (also guitarist for the band Warrior) completed the first Transition mix at his studio, Silver Cloud, which was rejected by Metal Blade. The finished CD, released in 2001, was remixed by Achim Koehler without input from any of the DE members. 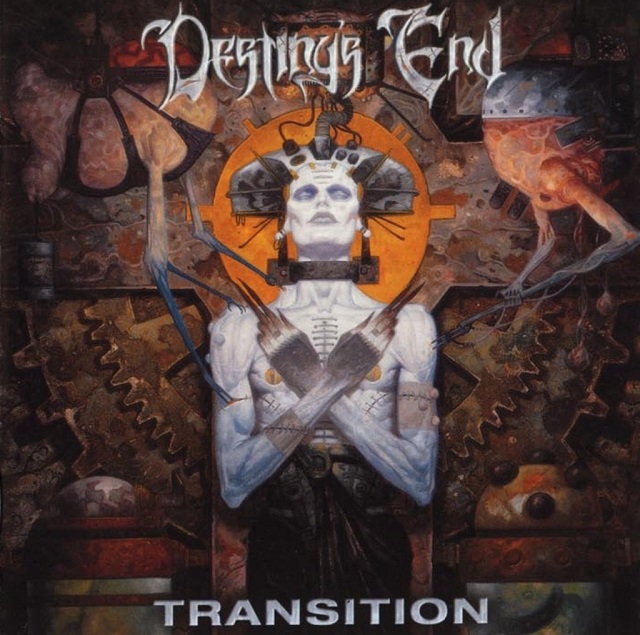 “Joe’s mix of Transition is my preferred version of Transition! I’m truly stoked that people will finally get to hear it the way we intended!” enthuses axeman Perry Grayson. Grayson left DE in April of 2000 just after Floyd finished his mix, but his guitar tracks remained on the finished product. His picture was replaced on the Transition CD booklet by one of fill-in guitarist Eric Halpern, but that situation has been rectified on the new vinyl version.

Both gatefold LPs were mastered for vinyl by Patrick Engel and feature comprehensive liner notes by Perry Grayson.