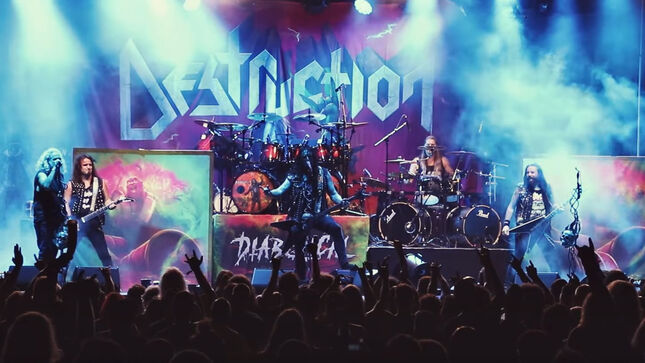 Destruction have released the new video below, stating: "We have filmed a little recap of the anniversary show at  Baden in Blut Metal Open Air. Were you there? Did you miss the gig? Here you can see some of the highlights and the sudden thunderstorm ending!

"So shall we do more anniversary shows next year? Yes we are thinking about it already, cause this was very special and we all had so much fun. It was great to see former members and jam together once again. This creates fantastic memories for all of us... united we stand - together we are strong!" 🤘🤘🤘

"No Faith In Humanity" video: