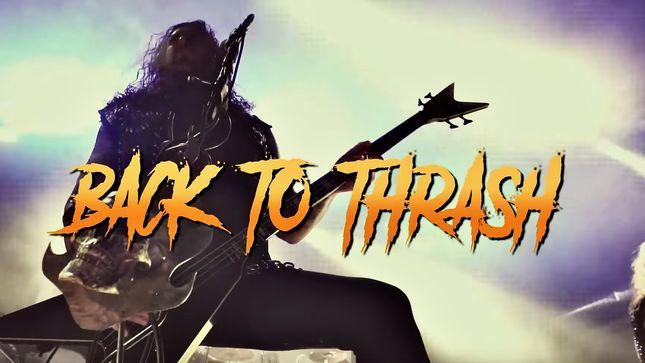 German thrash legends Destruction have checked in with the following announcement:

"It is small steps that we are doing but each of them really counts! We are happy and excited to announce a German social distancing event at The Backstage Club in Munich on the 12th of September!

The concerts will have a limited ticket capacity of 200 tickets (per show) only and take place at Werk, the biggest venue at the club (800 square meters). That is why we will, for the first time ever, play two shows in one day. One in the afternoon and one the evening. We are proud to present you the Swiss Metal sensation Burning Witches as our very special guests on this memorable event!

Please get your tickets early enough, as the concert might sell out quick. We appreciate your support and are thrilled to hit the stage again and thrash with you!"

The Backstage is offering the following ticket options: 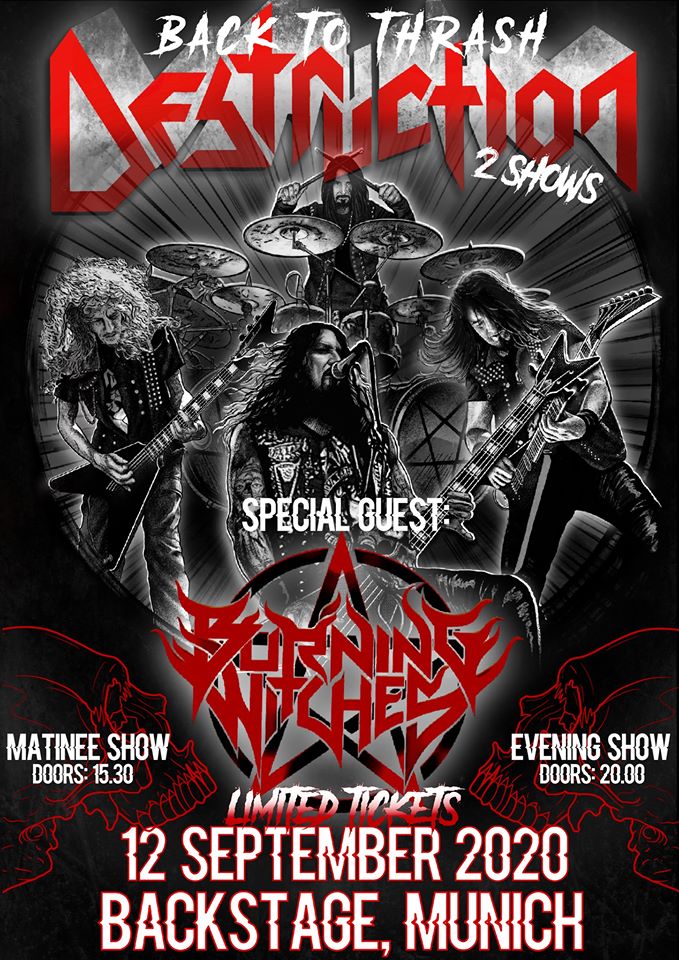 Destruction recently ended their concert break due to COVID-19 with two impressive live shows in front of 300 people each at the legendary Z7 Club with a capacity of 1600 people in Pratteln. Both shows were sold-out and highly lauded by the audience and the whole music business. The band captured the moment and decided to release this testimony of a memorable step on the music business' path back to normality as an aftermovie.

Check out the video below.

Vocalist Schmier adds: “I am very glad that our film-team could capture those moments, the first shows after the loosening of the rules in Switzerland for concerts, were for sure a special moment for all of us. The fans did a very good job and the social distancing worked pretty well. For sure much better than in the supermarket or on public transport these days. We all felt safe & sound and sure you can not completely avoid contact but you can use your common sense. The precautions and government rules have been implemented well and that was important for everybody involved!

"It will still be very challenging to bring concerts back into our lives. If masks will be a part of that future or other precautions, will the next weeks show. It is important to take the new challenges and try - instead of doing nothing and just accepting the situation of no shows!

"Destruction will continue this path and play a social distancing Open Air close to Berlin in August. A concept that works for a while in Germany and now this now the first METAL show in that format. Thanks for all the support & stay healthy and aware!”

Destruction recently released a new live video from their live album, Born To Thrash - Live In Germany. Check it out below. 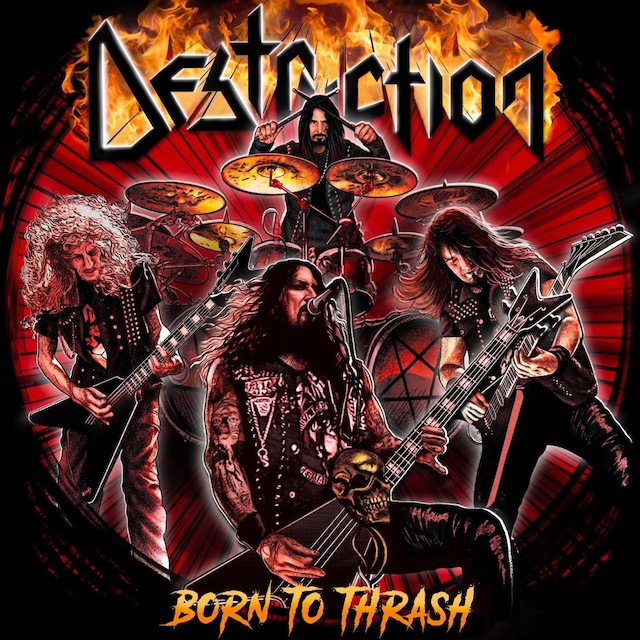