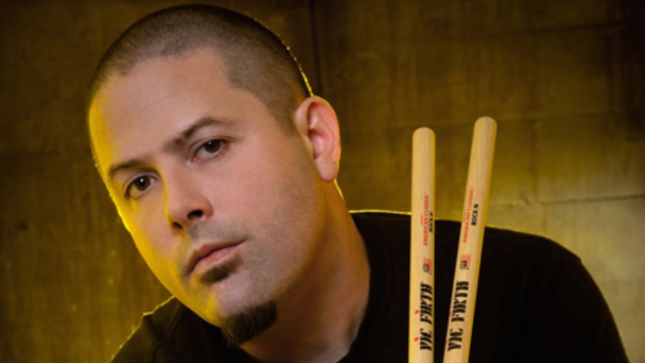 Devil You Know will kick off their first-ever North American headlining tour on April 15th in Fresno, CA. The tour, dubbed the Make America Metal Again, will also feature the band ONI as direct support.

Unfortunately, John Sankey (drums) will not be able to participate in this tour, as he has to attend to a personal matter back in Australia (see explanation below), but he will re-join the band for the start of the Hatebreed and Devildriver tour on May 12th. In the interim, the renowned John Boecklin (ex-Devildriver) will join the fold for this amazing headlining tour.

Sankey states: "DYK fans, I will be sitting out our upcoming US headline tour due to commitments I have in Australia as Ambassador and Co-Founder of the Legion Music Festival taking place in January 2017. It sux to miss playing these shows but being part of planning and overseeing the launch of a national music festival is an enormous task which requires all of my time and dedication right now. Unfortunately Dave Grohl isn't available to fill in, but don't fear, my good buddy and drummer extraordinaire John Boecklin will be hitting the road with Hojo, Fran and Womby to rock the kit for you all each night... F#%k yea! I'll be back from the land down under to rejoin my metal Brothers for our tour with the mighty Hatebreed and Devildriver in May/June. See ya all on the road then.” \m/

Boecklin (pictured above) states: "Being a fan of DYK and its members individually, I'm beyond honored to fill in for John Sankey. Having been working on my management career and new musical project, this will be great opportunity for me to take a break and have some fun playing on stage again. I look forward to seeing friends and representing DYK behind the kit, so come on out these shows and support this heavy ass band." 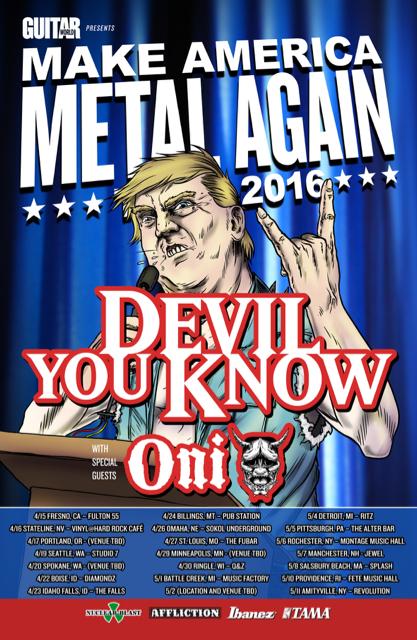 Devil You Know have released an official live video for the track “Consume The Damned”, featured on their new album, They Bleed Red, available everywhere via Nuclear Blast Records.

Produced by Josh Wilbur, They Bleed Red is a breakneck paced trip through Devil You Know’s broken psyche, struggles with anxiety, and ultimate triumph against adversity, all laid upon a foundation of high-level artistic achievement and vitriolic full throttle heavy metal fury.

Hatebreed will embark on a North American headlining tour in support of their new album, The Concrete Confessional, starting on May 13th. Devil You Know will offer support on the tour from May 13th - June 4th (dates listed below). 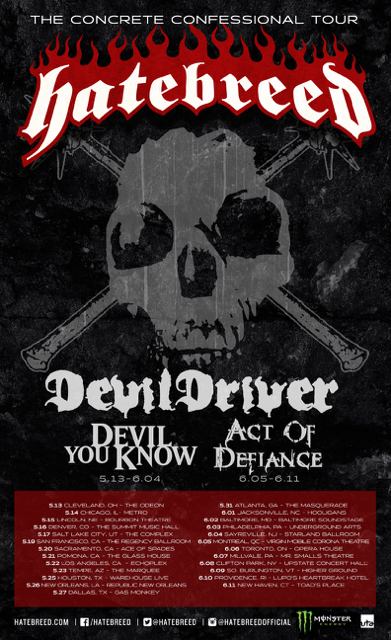