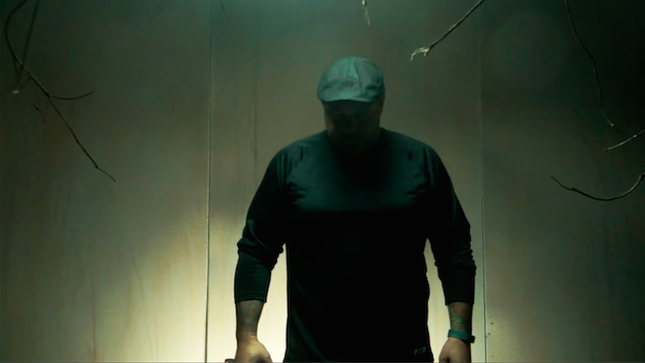 Devil You Know, the creative union of Howard Jones (Killswitch Engage), Francesco Artusato (All Shall Perish) and John Sankey (Devolved), have announced that they will no longer be part of the upcoming European Machine Head headlining tour starting on November 7.

The band has issued the following official statement:

"It is with much regret that we are forced to announce the cancellation of our upcoming U.K. and European dates supporting Machine Head due to business issues far beyond our control.

We want to personally extend our apologies to the Machine Head guys and their entire camp and thank them for offering us such a great opportunity.

To our fans, the last thing we want to do is let you down. We are devastated that we can't perform for you all and be part of an amazing tour with one of our favorite bands. As musicians, the five of us have a job we love to do and we are ready to get onstage and do it, but unfortunately the cancellation of this tour is completely unavoidable despite every attempt by us to make it happen.

The business side of this industry is very ugly at times and this is one of those unforeseen instances where the band has to suffer. To put it mildly, we are extremely agitated by this situation and right now our hands are tied, but we are going to deal with it and forge on! We WILL tour Europe and the UK as soon as we possibly can and make it up to you all.

Yesterday the band premiered the official music video for the track “It's Over” at the this location. The track is taken from their recently released debut album, The Beauty of Destruction, which was released last April via Nuclear Blast Entertainment.

The clip was recently shot together with renowned director Ramon Boutsviseth. Commented singer Howard Jones: “"It’s Over" is a song that struck a huge chord for me when we were in the studio recording The Beauty of Destruction. It portrays a side of Devil You Know that in some ways is different than what we’re known for yet comes naturally for us as a band and individuals. The video gives it an unexpected, new life.”