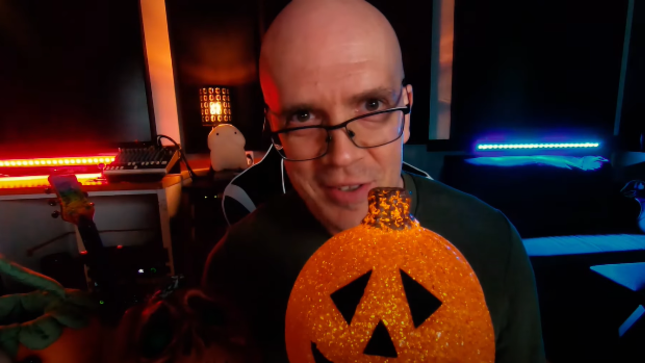 Devin Townsend recently announced his Quarantine Concert #5: Rarities By Request, to be held on Saturday, October 31st, revealing that he will be performing rare songs from his extensive catalogue. Townsend has posted a new video update announcing new merchandise related to the show and a Halloween constume contest due to be held during the show.

Tickets for the show are "pay what you can" and you can grab one here. Go to Omerch for new merchandise here. 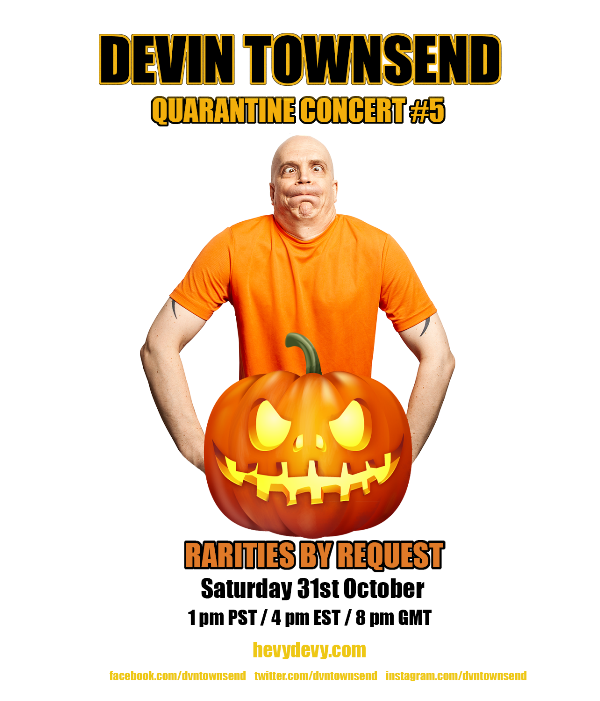 Townsend will release Order Of Magnitude - Empath Live Volume 1 on October 23, a document of his Winter 2019 European tour that saw him taking on possibly his most ambitious live show to date.

Watch a new clip of the band performing the track "Why?", taken from his latest album Empath, below.

Devin comments: “So once upon a time, in a land not much different than the one we're living in now, there used to be things called 'concerts' where a bunch of human beings would assemble to watch awkward performances and get shitfaced on overpriced beer. Tour managers would solve problems while simultaneously hitting on women, and musicians would complain about not being home (until getting home, where they would then complain about not being on tour). During one of these 'tours', I myself assembled 10 brilliant people, confident enough to play challenging material, while simultaneously acting like goofs with me onstage. This is from the upcoming Order Of Magnitude DVD, and the song is called 'Why?'. Kudos to Diego for being able to pull off a full symphony with only 4 limbs, and the rest of the band for not batting an eye when I presented the ideas I had for this show. Che, Samantha, Anne and Arabella came to me and said 'look, if we have to wear this stuff, you have to as well...' so my Tutu was a show of solidarity with band members, but as the saying goes 'I've seen better legs hanging out of a nest'. I look forward to a time where we get to do this again, but if that’s not meant to be, I loved this, so thanks to everyone involved.”

The Blu-Ray edition of this forthcoming release features a behind the scenes feature, taking a look at the preparation for this tour and the filming of the live album. Watch a teaser below: