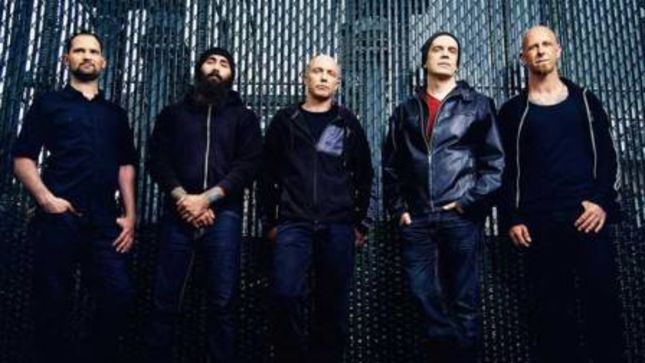 "Back to the rehearsal space today for some fresh writing sessions with the DTP. Our gear is ready to go for the music Dev has prepared for us. It's going awesome so far. Some really cool songs have been written in many different vibes. Lots to look forward to in 2016 guys!"

In early 2015, the Devin Townsend Project played an incredible sold-out show at London’s legendary Royal Albert Hall, bringing the story of Ziltoid to life on stage, as well as playing tracks from across his back catalogue. This larger-than-life evening was captured on film and was released on November 13th in Europe via Inside Out Music. Check out the 28+ minute clip of Townsend and the band performing three Ocean Machine classics at the show in the same order from the Biomech album; "Funeral", "Bastard" and "The Death Of Music".

Townsend posted the following message on Facebook to coincide with the European release of the DVD: