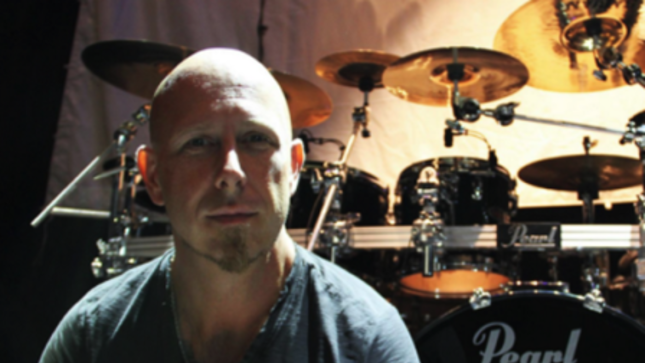 "As always, I like to create drum cams with my awesome Zoom Q8 recorder, for the people who follow me. Creating a drum cam for an album is a little more special. It gives people an insight to what kind of drumming I'm doing on the new album, as well as a sneak peek to the vibe of the album about to be released. This video gives you a sneak peak into almost every song the new DTP album, Transcendence.

The drums were recorded at the amazing Armoury Studios in beautiful Vancouver, BC, Canada from March 25th -27th, 2016. Adam Nolly Getgood, bassist from the band Periphery engineered this album and the drum sound. I'm stoked on the sounds we got from my Pearl Drums and Sabian Cymbals. I used a combo Pearl SSC Birch drums and Pearl Reference Series Drums. They sound absolutely amazing!! I did on average 3 to 4 takes per song, a few songs were only one or two takes. I didn't have time to video of every take i did but I did manage to get a bit of almost every song. So the drumming you'll hear and see in this drum cam will be close to what the album will sound like for drums. Some of the playing in this video will be actual drumming that you will hear on the actual album release:) Things change in the studio, sometimes you get inspired and improvise or write a new part on the spot. Some of those things were caught in this drum cam. I really hope you enjoy it and that you get a good vibe, through my drumming, for the vibe this album has. I'm VERY proud of this particular record and think you guys are in for a treat musically!!

This is my eigth studio album for the mighty Devin Townsend. The new album is coming out in Fall 2016. It is called Transcendence. I feel it's the most diverse album that the DTP has recorded, there is a little bit of everything on this album. It can go from very heavy to rock to light and almost jazzy at one point. Stoked for you guys to hear it..... for now, here's a little sneak peak of the energy this album has via my drum tracks wink emoticon Enjoy!

The Devin Townsend Project has issued the following message to the fans:

"If you use the Periscope app, then you should be following @dvntownsend, @rvanpoederooyan, and @mikestjean. They have been broadcasting live from the studio as the DTP record the next album, Transcendence! Check it out using Periscope.tv."