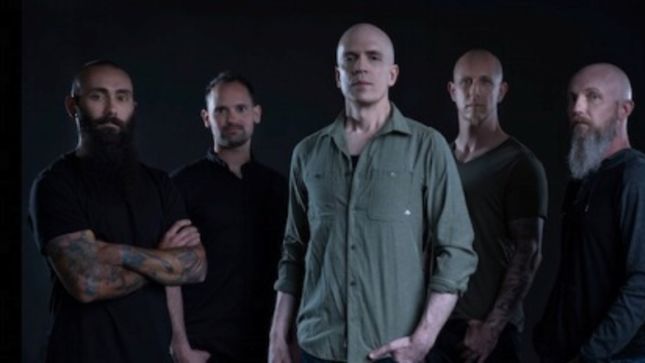 The Devin Townsend Project has checked in with the following update:

"Shot by videographer and good friend of the band Mike 'ZimZim' Zimmer between March and April 2016 during the Transcendence album recordings, this documentary is episode one of seven. In this episode Devin explains a bit about the album's recording process and you'll get a glimpse of how the band writes music together."

The band recently released the new single, “Failure”, featured on their new studio album, Transcendence, out on September 9th worldwide. Check it out below.

Drummer Ryan van Poederooyen has posted his thoughts on the track:

"It's one of the songs we wrote together as a band. It's one of my personal favourites on the album, too. 'Failure' is really fun to play, while being an interesting song to listen to. It's got a lot going on for the listener. From all the albums I've been part of with Dev, this album has my favourite production on it by far. I love the sound of the whole album and especially my drum sound. Special thanks to Nolly (Periphery bassist/engineer) and his contributions along with Devin, to make this album sound HUGE! I hope you guys enjoy this tune... lots more Transcendence related stuff to come in the coming weeks."