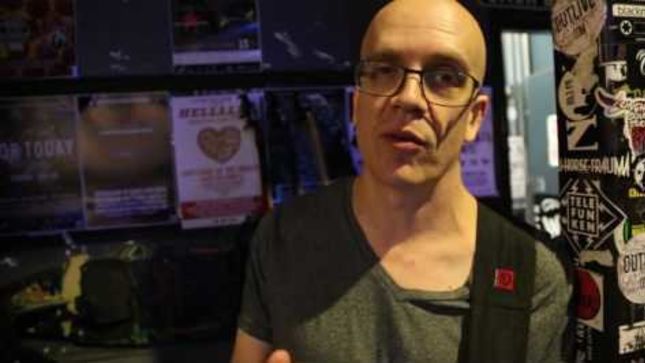 The Devin Townsend Project are currently on a North American tour in support of their new album, Transcendence, which was released on September 9th. They have posted Episodes 30 and 31 from their ongoing tour video documentary, which can be found below.

The Houston Press recently spoke with Devin Townsend Project frontman Devin Townsend about the band's new album, Transcendence. Following is an excerpt from the story.

Townsend: “It became clear to me in this process that not only is this a good band, but [it's] full of good people and a healthy environment for me to exist in.”

And that environment was key. Townsend says he struggled to find inspiration until he was asked to help write a book last year, “By writing that book, I was able to see patterns in my past, things that maybe led to mistakes in my past or weren’t good for me. One of those things was very obviously control.”

“From that I learned a level of self-control and trusting the process.” Townsend continues, when asked what he ultimately learned from relinquishing control. “I think it stems from a fear of death, right? (laughs) I mean, it’s like you try to control everything in your world because the reality is, you control nothing.”

“We’re such dumb creatures, I think we try to adhere meaning to everything just so it doesn’t feel like life is this abstract thing beyond our reckoning.”

And Townsend is about growth. When asked about his favorite track on the album, he admits it's probably one not most people would have guessed.

“’From the Heart’ (laughs). I don’t know if that’d be the coolest thing to choose. It means a fair amount to me because the original song was something I heard in a yoga class.”