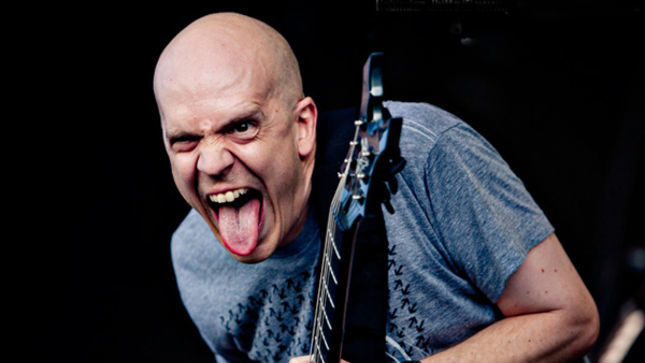 "Plain and simple, we take the Rorschach test (aka the inkblot test), named after renowned Swiss psychologist Hermann Rorschach, and give it to musicians. While at Heavy MTL 2015 we caught up with legendary Canadian metaller Devin Townsend to see how he'd respond to Rockblot."

The results of the test can be viewed below:

Earlier this year, the Devin Townsend Project played an incredible sold-out show at London’s legendary Royal Albert Hall, bringing the story of Ziltoid to life on stage, as well as playing tracks from across his back catalogue. This larger-than-life evening was captured on film and is set to be released on November 13th via Inside Out Music. Enjoy a sneak peak in the form of "March Of The Poozers":