DEVIN TOWNSEND Talks Order Of Magnitude - Empath Live Volume 1 DVD - "The Live Record Is Just An Afterthought; It's The Visual Part Of It That's Important" 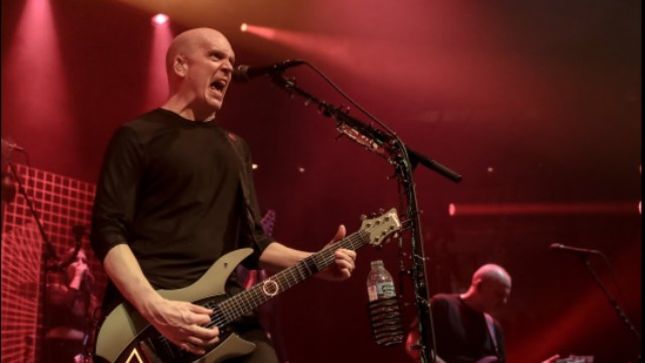 During a conversation with Ultimate Guitar's Justin Beckner, Devin Townsend talked about Frank Zappa, with whom he is occasionally compared to by some music fans, while also touching on the ongoing lockdown and how it's been affecting him.

Devin: "If you've only participated in the audio version of this, that's really not what it was meant to be, it's the visual part of it that's important. The audio gets released (for preview) simply because the audio is done. The main purpose of the Order Of Magnitude is the visuals because we had tiki bars and visuals and costume changes and ten people on stage. The overhead for that is preposterous. If it was just a live album, that would be different. But the live record in this case, is just an afterthought."

UG: There will be some more volumes of that coming out in the future.

Devin: "Yeah, so two weeks ago I did a green screen concert that was Empath Volume II and I had Wes Hauch on guitar and Samus Paulicelli on drums and Liam Wilson on bass. It was a lot more heavy stuff - much more in line with how I've been doing stuff these past few years with click tracks and backing tracks. But the Volume I was just an anomaly for me because there was no click, there were no backing tracks, it was literally ten people on stage replicating this monstrosity. Volume II, I really liked it - it's good for my OCD to have things that tight. Next will be Volume III and that will be an entirely different thing altogether too."

Townsend will release Order Of Magnitude - Empath Live Volume 1 on October 23, a document of his Winter 2019 European tour that saw him taking on possibly his most ambitious live show to date. August 28th saw the launch of the first clip from the release, and you can watch Devin and the Empath Volume 1 live band performing the track "Genesis"  below.

Look out for the first clip and pre-order start on August 28.