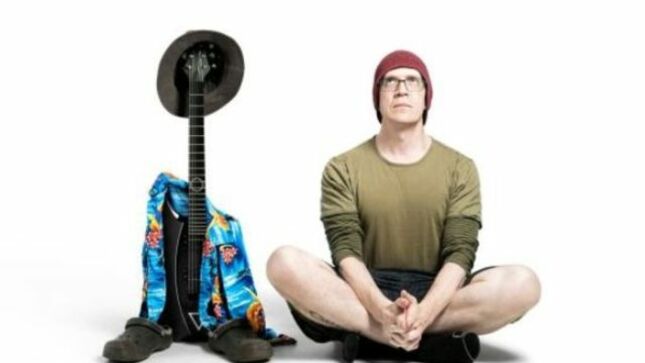 Guitar Interactive Magazine caught up with Devin Townsend to discuss his current state of being during the pandemic. During the chat Townsend talked about his forthcoming album, The Puzzle, which he described as "abstract, stream-of-conscious, super-complicated, complex, ambient nonsense." Check out the interview below.

Townsend: "How I feel is abstract and chaotic and fighting for emotional equilibrium, and so that's what I wrote. And as a result of that, it's exactly what I should have written. It's a narrative about what I perceived as the human condition, but through my own filter. Tere's an animator and a graphic artist and this crazy four-dimensional type of artwork that I've been working on, and it's beautiful and so strange, but that's what this year was.

"InsideOut, or Sony, or whoever is responsible for it at this point, they said, 'We don't want you to release a record until 2022. So we want you to spend this year writing it, and I have been. I've written a ton of songs - good songs, actually, with screams and heavy riffs and whatever .- but it's not where I'm at. Because I'm not supposed to start recording (for InsideOut) until August (2021), The Puzzle was sort of like a sideline."

Townsend recently checked in with the following announcement:

"Hey all, as this year grinds to a chaotic close, I think it would be nice to do a more chilled out show for the holidays. If any of you caught the acoustic tours I had been doing over the past few years, I would like to do something like that for this stream. It has been five Quarantine concerts so far this year, and I'm wanting to bring this one back to the vibe of the first few. I know it's a trying time lately and it's easy to let the thoughts get away from us, but let's try to have a lovely afternoon and I'll play you some songs. Half of the proceeds will go to the food bank, as they need it now more than ever in many ways. I hope to see you there."

Townsend has posted a video upate revealing his plans for the livestream. Check it out below. 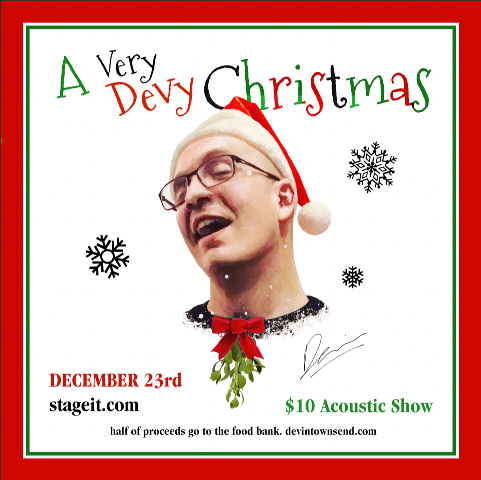