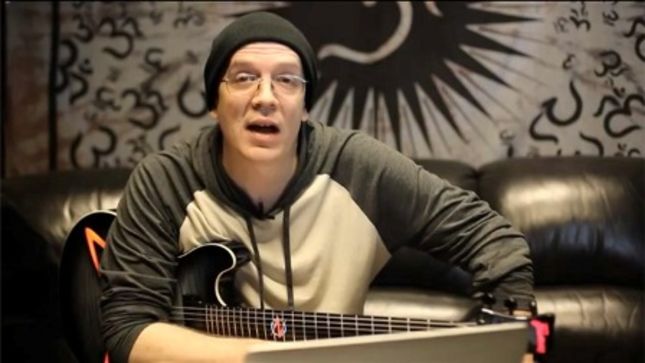 Devin Townsend was recently featured in Toontrack's Devin Townsend Challenge, which offered a behind-the-scenes look at Townsend at work making new music. Fans that missed the live broadcast can now watch the entire four hour clip below, but a segment showcasing Townsend's creative process in a two-hour video where he records a completely new track from scratch has been isolated and can be viewed below.

The clip below features a remixed version of "By Your Command" by Devin Townsend - taken from the new Devin Townsend Project album Z² - using his personally designed guitar tones from the Metal Guitar Gods EZmix Pack for EZmix 2, EZdrummer 2 and the Made of Metal EZX. Devin retracked his guitars and recorded them direct in (DI).

Earlier this year, Devin Townsend Project played an incredible sold-out show at London’s legendary Royal Albert Hall, bringing the story of Ziltoid to life on stage, as well as playing tracks from across his back catalogue. This larger-than-life evening was captured on film and was released on November 13th in Europe via Inside Out Music.

Townsend posted the following message on Facebook to coincide with the European release:

Live At The Royal Albert Hall will hit North America on November 27th. Check out “Deadhead” from the upcoming release: