DIAMOND HEAD Guitarist BRIAN TATLER On METALLICA Covering "Am I Evil?" - "We Just Thought It Was Very Flattering; I Didn't Expect Them To Become The Biggest Metal Band Of All Time" 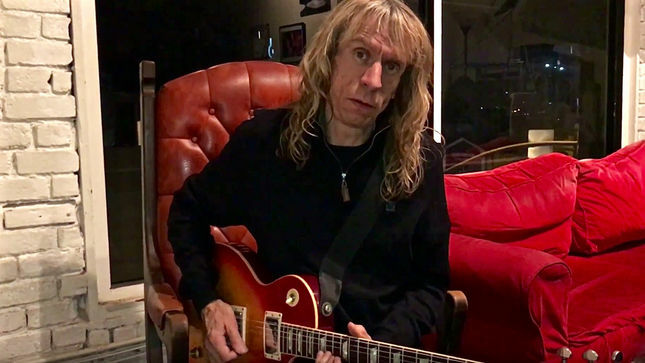 In the Denim And Blether interview clip below, Diamond Head legend Brian Tatler discusses life on the road, creating new music, and his pride in Metallica covering several Diamond Head  songs over the course of their career.

"Back in 1984, I didn't think it was gonna be such a big deal, because they were on a small label called Music For Nations. And they'd only been over to the UK to play the Marquee (in London), and things like that. To me, they were still Lars' (Ulrich / drums) band. I knew Lars, but I'd never met the others. They covered 'Am I Evil?', and we just thought it was very, very flattering; they'd done a great job. But I didn't expect them to become the biggest metal band of all time. And the income that sales of that song on their record would generate, I had no idea that it would help provide me with income for years and years to come. So it's been an incredible bonus, if you like, for Diamond Head, and especially for myself and Sean (Harris / original singer) as the writers."

In the clip below, Tatler teaches you how to play the band's 1980 classic, "Am I Evil?", which the band re-recorded for their Lightning To The Nations 2020 album.