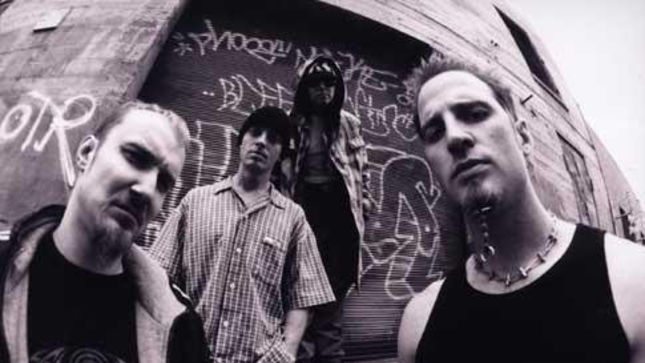 “Shut It” comes off the band's forthcoming sophomore effort Evolve, set for a tentative fall 2019 release, and is available as a digital download exclusively from the Diesel Machine Bandcamp page here. Listen to the song below. 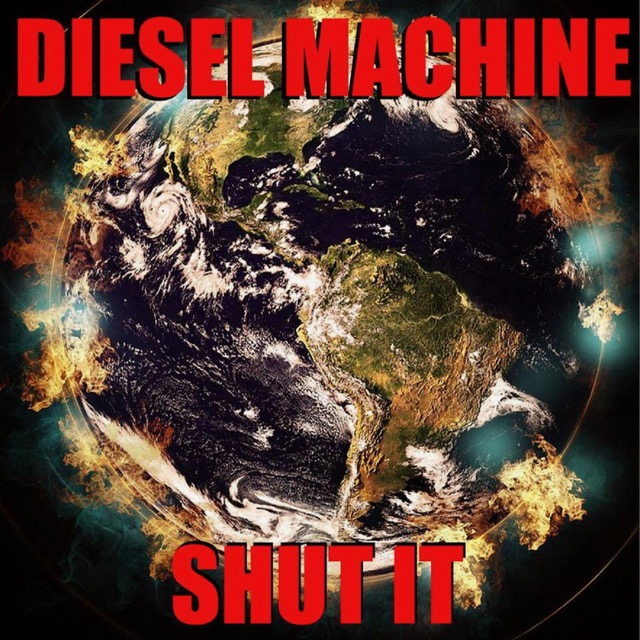 In a post on their Facebook page, the band writes: “Today is April 1, April Fools, but this is no joke, good people: We are officially dropping our first new song in some 19 years and counting down to the release of our second album, Evolve! This has been taking a lot longer than we originally anticipated, for a myriad of reasons, but we are finally getting there. AJ has a couple more vocals to finish up but other than that the tracks are now in the very capable hands of Chris Collier who has worked with Prong, Korn, KMX and Flotsam And Jetsam, among others. Chris killed it with a test mix of 'Shut It' and is about to start mixing and then master the rest of this noise. We are stoked, to say the least, and hopefully you are too when you hear 'Shut It'. We’ll drop another cut or two leading up to the album’s release so spread the word and stay tuned for more music!”

Formed in the mid-1990s out of the ashes of L.A. heavies World In Pain and Eleventh Hour, respectively, Diesel Machine's bonecrushing metal maelstorm was first heard via a 6-song demo tape, issued under the original name Diesel, before the band settled into a 4-piece line-up comprising AJ Cavalier, Patrick Lachman, Rich Gonzales, and Shane Gaalaas for their debut album, Torture Test, released through SPV/Steamhammer. Much acclaimed and controversial at the same time, the band's uncompromising blend of razor sharp riffing, ten-ton hammer rhythm 'n' grooves, and hardcore vocals elicited comparisons to the likes of Pantera, Crowbar, Machine Head and Meshuggah, and led to a West Coast run of dates with Soulfly, Static-X, and Soil, and shows with Prong and Crowbar, among others.

While working on material for their second album, the band was dealt a major blow when bassist Rich Gonzales was involved in a near fatal motorcycle accident in the summer of 2002 that put him in the hospital for four months struggling to survive and recover from massive injuries that would ultimately make him wheelchair bound. As Diesel Machine got put on hold indefinitely, its members forged new musical paths. Lachman, fresh out of Halford at the time, became the vocalist for short-lived Pantera offshoot Damageplan, and later formed The Mercy Clinic. Meanwhile, Cavalier started One Percent Soul and was eventually tapped to front Soil with whom he recorded and toured extensively. Gaalaas would find fame in Japan as the timekeeper for stadium selling rock superstars B'z, having been part of every album and tour since 2003, as well as propelling prog metal fusioneers Cosmosquad. Gonzales, too, would eventually find his way back into music with American Aftermath, a unit that also featured Kyng's Eddie Veliz.

Along with ”Shut It”, Diesel Machine are also issuing a re-mastered version of their debut album, Torture Test. This marks the first time Torture Test is officially available as a digital download, exclusively via Bandcamp. Mastering was handled by Borislav Dimitrov at HiZ Productions.