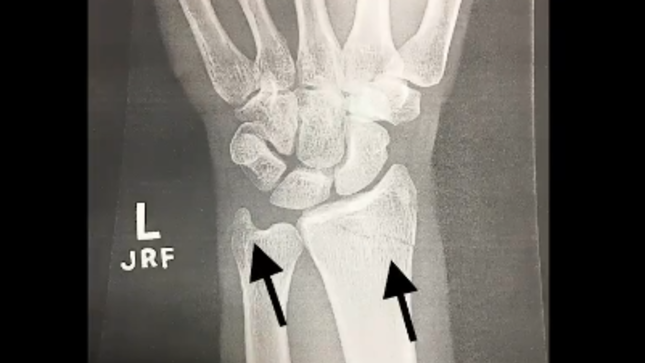 Last Sunday, March 28, Dirty Honey drummer Corey Coverstone and a couple of friends were riding their mountain bikes in Haines Canyon, which is up in the hills, north of Los Angeles. Unfortunately, Corey took a nasty fall, as seen in the video below, resulting in an injury to his left wrist.

There are two trails up there that run parallel - the one in the video which is the “bike” trail, and then one that runs along side it that’s a hiking trail. Corey had ridden that trail three times previously. On Sunday, he rode the course once as a warm up, and then the second time, he said it was a “perfect storm” of loose terrain, dirt with loose small rocks, and slick. Corey did mention that the suspension of his bike was kind of stiff, probably should have been set up differently. By his own admission, Corey was going a little too fast, not looking far enough ahead - he said he launched off the jump, followed by a sharp turn he hadn’t seen.

When he crashed, Corey definitely felt the pain in his left wrist - you can see in the video where he tries to use his left hand to take off his right glove, and just can’t.  He’s crashed before but was always able to walk away, but not this time. He got stuck in a pile of sticks, but was able to get his helmet off using his right arm; and then the buddies he had been riding with finally found him. When asked how he got the bike out of there, Corey said he rode it down the hiking trail, keeping his left arm and wrist protected.

Corey did see an orthopedic doctor who suggested a cast - he didn’t get one. Instead, he's opting to just ice it, while keeping his fingers moving, and thereby the blood flowing, taking calcium and letting it heal. Corey also said this particular ride was the first time he’s used the Go-Pro camera.

After a string of chart hits and live triumphs, one of rock music's most exciting new bands, Dirty Honey, is keeping the momentum going with the April 23rd release of their self-titled debut full-length. The Los Angeles quartet has also released the second single from Dirty Honey, a song called "Tied Up".

Dirty Honey - LaBelle, guitarist John Notto, bassist Justin Smolian, and drummer Corey Coverstone - planned to record their debut album with producer Nick DiDia (Rage Against The Machine, Pearl Jam), who had produced the band's 2019 EP; but the day before the band was due to fly to Australia to track the album, Los Angeles entered lockdown due to the COVID-19 pandemic and traveling was off the table. Still keen to work with DiDia, they came up with a Plan B:  record the full-length at Henson Studios in Los Angeles studio with DiDia beamed into the proceedings via the magic of modern technology.

Having to switch gears delayed the start of recording slightly, although this extra time ended up being a boon. Dirty Honey rented a rehearsal space and demoed the album's songs in advance, meaning the tracks were in good shape when DiDia came onboard. "If we had gone when we were supposed to in March, we wouldn't have had as many songs," Smolian says. "We did a lot of rehearsing and got tighter as a band.  Except for Marc's lyrics, everything was pretty much written by the time we got into the studio, there really wasn't a lot of, 'Let's try this, let's try that.' It was more about capturing takes."

Adds drummer Corey Coverstone: "Because of the pandemic, we had a lot more time to write and prepare, which was great.  It meant that we were able to workshop the songs a lot more, and I think it really made a difference."

The Dirty Honey album does sound effortless and captures the lightning-in-a-bottle dynamics and energy of the band's live sound. The collection boasts airtight songwriting that plays up their strengths:  sexy, bluesy, nasty rock 'n' roll.  LaBelle reaffirms his status as one of contemporary rock's best vocalists on "The Wire," while the gospel-tinted "Another Last Time" is a midtempo, organ-fueled album-closer bursting with soul.

Although the pandemic has thrown some obstacles in the way, Dirty Honey knows that pushing through those tough times will only help them come out stronger on the other side. "When you finally come through on those moments, that's where the real magic comes in," Notto says. "What makes all of our songs fun to play and listen to is we don't allow ourselves to stop short of getting the best possible results out of each one of them."

In fact, if anything, all of the four band members are determined to better themselves going forward. "As a guitarist, I'm always inspired by the everlasting pursuit of the perfect riff," Notto adds. "I also wanted to extend the artistic statement that we've already made. We weren't looking to sound different, or prove our growth, necessarily. It was more about, 'Oh, you thought that was good?  Hold my beer.'" 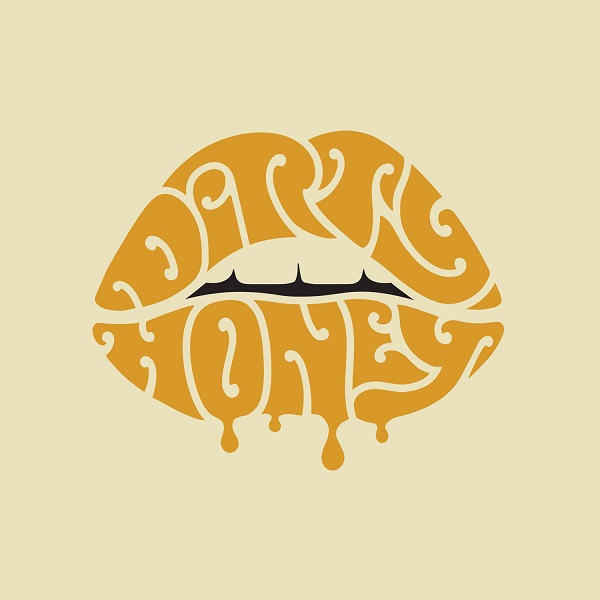