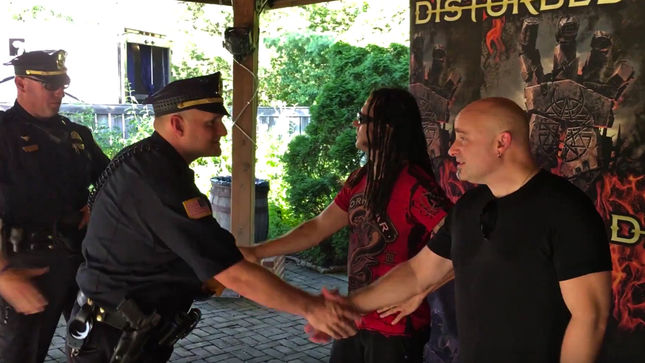 In the new video below, Disturbed are honoured by the Mansfield Police Department, followed by their message of peace and solidarity in today's turbulent times.

Avenged Sevenfold will be returning to the UK in January 2017 with special guests Disturbed and In Flames. The 8-show tour will start January 10th in Glasgow, Scotland and come to an end on January 21st in London, England at the O2 Arena.