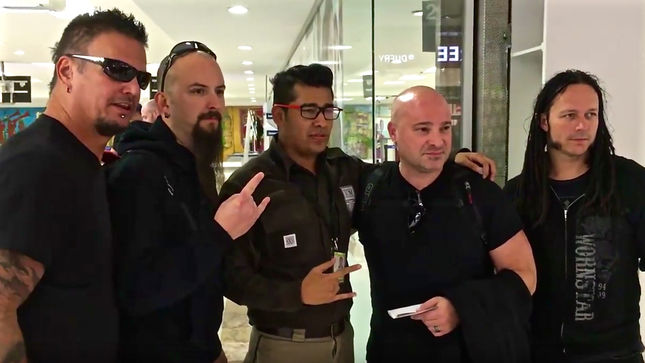 Disturbed have posted a new video from their tour in support of their latest album, Immortalized, available via Reprise Records. In the clip below, a die hard fan gives the band a warm and unique welcome when they arrived at the airport in Mexico City for Knotfest Mexico.

Check out more clips below:

Disturbed recently released a lyric video for their track, “Open Your Eyes”, featured on Immortalized. Watch below: