DISTURBED Perform “The Sound Of Silence” In Sheffield; Video 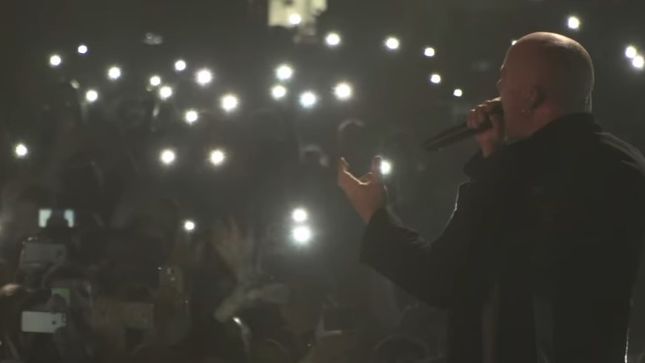 Disturbed has uploaded footage performing their hit cover song of Simon & Garfunkel’s “The Sound Of Silence” live in Sheffield, UK.

In another new video below, Disturbed perform “Remember” live in Quebec City. The track is from their 2002 studio album Believe.

Disturbed recently released a live video for “Immortalized”, the title track of their 2015 album. The video was was filmed in several venues across North America, Australia, and New Zealand in late 2016. Watch below:

In other news, the band have released this clip offering fans a Happy New Year. Says Disturbed: “Thanks for making 2016 such a great year for us. Wish you all the best for 2017!”

Disturbed are are nominated in the “Best Rock Performance” category with “The Sound Of Silence” (Live On Conan) for the 59th Grammy Awards, which will air live from the Staples Center in Los Angeles on February 12th at 8 PM, ET, on CBS. Disturbed are up against Alabama Shakes (“Joe” Live From Austin City Limits), Beyonce featuring Jack White (“Don’t Hurt Yourself”), David Bowie (“Backstar”), and Twenty One Pilots (“Heathens”).