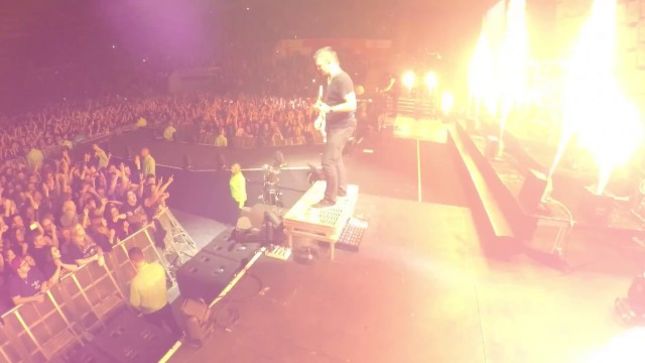 Disturbed continue to upload video from their UK tour, this time stage view footage live in Nottingham. Check it out below along with previously released footage of the band performing their hit cover song of Simon & Garfunkel’s "The Sound Of Silence" live in Sheffield.

Disturbed are are nominated in the “Best Rock Performance” category with “The Sound Of Silence” (Live On Conan) for the 59th Grammy Awards, which will air live from the Staples Center in Los Angeles on February 12th at 8 PM, ET, on CBS. Disturbed are up against Alabama Shakes (“Joe” Live From Austin City Limits), Beyonce featuring Jack White (“Don’t Hurt Yourself”), David Bowie (“Backstar”), and Twenty One Pilots (“Heathens”).