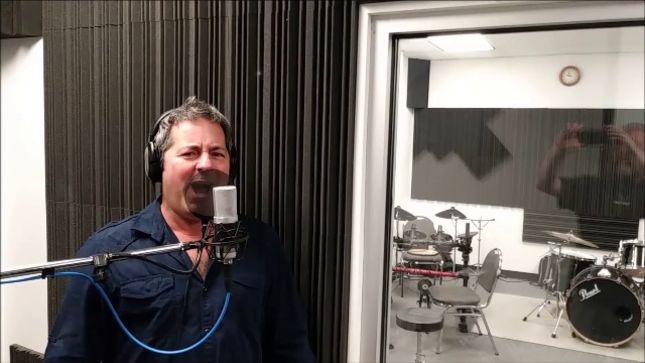 BraveWords has received the following update:

"It's been eight years since Dofka has released a full length album. We couldn't wait any longer to announce our vocalist! Please give a warm welcome to vocalist Chet Miller.

The band has been working on the new record for about a year. In the '90s, guitarist Jim Dofka and vocalist Chet Miller worked together in the band Screamer and Dofka (the band) though they never released a full length CD together. There's always been a feeling of unfinished business. As fate would have it, two decades later, Jim and Chet got together and wrote nine new songs and recorded a new Dofka CD. The band will be mixing next month. We hope the metal world will give us a listen and support ole skool true metal."

Footage from the studio is available below.