DON DOKKEN And GEORGE LYNCH Talk Possibility Of More DOKKEN Reunion Shows - "The Four Of Us Are Alive; It's Based On Opportunity" 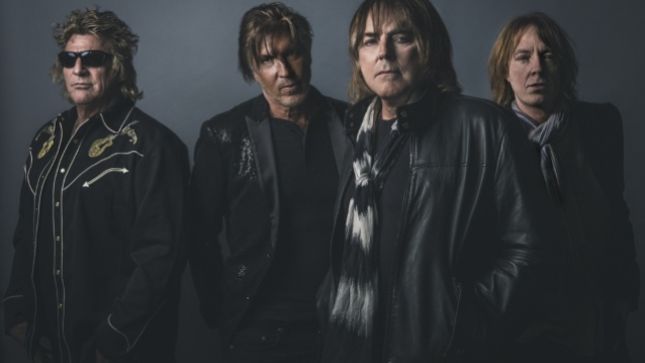 Q: With you, George and Mick working together did you ask Don to be part of The End Machine?

Pilson: "We did call Don to see if he`d be interested in doing it. He thought it`d just be like a Dokken reunion and that`d be a whole different can of worms. So, we did understand why he didn`t want to do it but we did offer it to him as the other three of us were doing it."

Q: You all last performed together in Dokken along with Don in 2016 for some shows and wrote "It`s Just Another Day" on the Return To The East live album. Was this just a one off or are there plans to work together as a unit sometime?

Pilson: "Again, that`s all down to the scheduling. We`re all friendly now and there`s communication between us so it`s not impossible but it`d have to be the right situation and as far as recording, I`d love to do one last, great Dokken record.  I wish records were a more important part of the equation these days but money and time are hard and because of that it`d be really difficult to do another Dokken record but I really hope that we do some day. The song that we did for the live album was really natural and was one of the most painless Dokken recordings that we`ve done. It was pretty cool. I hope there`s another one. As far as shows, who knows? Let`s hope so."