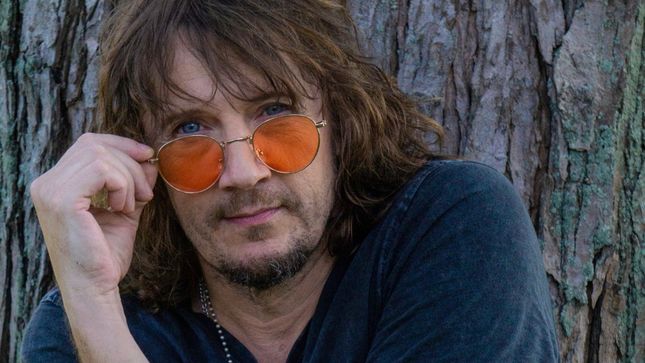 Former Enuff Z'Nuff songwriter/lead vocalist, Donnie Vie, says his "pancreas melted" in 2019, prompting doctors to tell him he was likely to die. Vie, 56, makes the revelation on the White Line Fever podcast and also in a YouTube video recording of the interview (see below).

"It was a long time coming from years and years of abuse to my body - so my pancreas basically melted," Vie said on Episode #114. "And I never really realized what pancreas is or anything like that stuff until then. I guess it was pretty hard core. I never felt that I was dying, even though I was being told that could very well happen. It was another near-death experience. I was in the hospital. The doctor said I was going to die and all this and that. Obviously I lived through it and the conditions under which I was being permitted to live and survive weren't really conditions under which I could see myself living my life. I'd rather take my chances living my life than live some life that's no life at all. With everything I've lived through in my life, one thing that's clear is that I'm supposed to be here for some reason."

Vie's response to the ordeal was to write the solo song "All My Favorite Things", but he also reconciled with Z'Nuff, contributing a song and vocal to the band's 2020 album, Brainwashed Generation called "Strangers In My Head". Vie had left Enuff Z'Nuff in May, 2013.

Chip Z'Nuff also appears on the audio track and video for a new Donnie Vie track, "Party Time". Vie is waiting for the right partners to help the song and video reach the widest possible audience. Donnie Vie will appear on White Line Fever episodes #114, #115 and #116.