DORO PESCH Discusses Being A Woman In Metal - “I Have Always Been Treated With Respect And Very Supported By All The Other Bands That Took Us On The Road… JUDAS PRIEST, MOTÖRHEAD Or DIO” 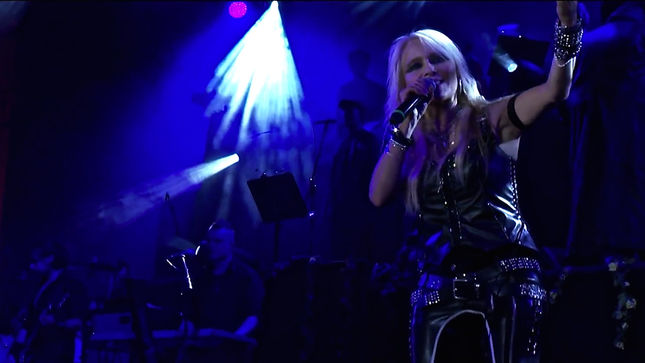 “I have always been treated with respect and very supported by all the other bands that took us on the road: Judas Priest, Motörhead or Dio,” says Doro leader Doro Pesch in a new interview with Spill Magazine.

“I never felt that being a woman created any problems. It was always a much more difficult fight to fight for my music; to do what you love, keeping the record deal. If I would  have been a different singer I would have done exactly the same. Everybody knew that I was addicted to the music so it was never a problem. I was never at a disadvantage, it was just the way that it was. I felt it in my heart. Today it is much nicer that there are so many more women involved as singers and musicians compared to the ‘80s when I started. There was just a handful of great bands like Girlschool and Rock Goddess. Lita Ford and Joan Jett, there were not so many. Today there is a better balance.”

Read the complete interview at SpillMagazine.com.

Three decades of Doro - three unforgettable nights - forever captured on three DVDs and two Blu-rays; including an two-hour plus, great music movie, which delivers deep insights behind the scenes and inside the heart of Doro. Nuclear Blast released this incredible Doro anniversary package on June 24th, Strong And Proud - 30 Years Of Rock And Metal.

Watch “Earthshaker Rock” from the DVD:

Once again, the packaging was drawn by Doro's favorite artist, Geoffrey Gillespie. Strong And Proud - 30 Years Of Rock And Metal will be released in the following formats on June 24th:

Go to this location for tracklist details.

“Raise Your Fist In The Air”:

Doro will hit the road in the US once again later this year, with shows booked for September and October. Her schedule is currently as follows, with more shows to be announced soon.