DOWN Plans To Record Covers Album 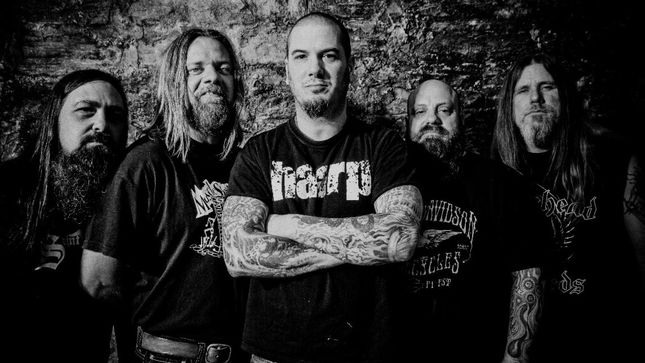 “We’re supposed to do a covers record pretty soon, that’s the next thing. We haven’t figured out exactly when we’re going to do it, or completely what songs yet… it’s just been an idea we’ve had forever. I know that’s in the works. Down was scheduled to play some festival shows last summer (2020) in Europe, and they got cancelled. I think we’re booked again this summer, but it just depends (on the COVID-19 pandemic) you know.”

Will each of the guys in Down pick two songs to cover, thereby making a ten-song album, or does the band have to collectively agree on each of the cover songs? “I’m sure we have to collectively agree,” answers Bower. “There’s already been a bunch of songs thrown out, some really cool ones, but I’m not going to tell you which ones at all.” In case they don’t end up being on the as yet untitled covers album. “There’s definitely been some weird ones that I was like, ‘Wow, that would be killer!’ It’s going to be fun to do, to put our own take on ‘em. They’re not going to sound exactly like… we’ll put the Down take on it.”

Are these potential covers, songs that most people would know, or did you guys dig deep into your record collection, blow the dust off some vinyl, and rediscover some almost forgotten, yet cool tracks? “That’s the idea, to be obscure about it,” confirms Bower. “There’s a couple we decided on doing that I would think everybody would know, but then again you never know. Some of ‘em to me, are kind of obvious, just because I’m in the band. If you’re a true Down fan, you really know what we’re influenced by; some of ‘em will be no brainers. I’m excited to get working on that, it’s going to be really fun!”