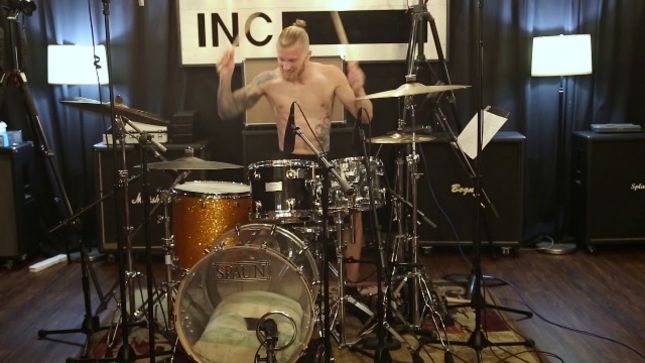 Downfall Of Gaia released their critically acclaimed album, Ethic of Radical Finitude, via Metal Blade Records back in February. To give a glimpse behind the studio production and recording sessions of the album, drum wizard Michael Kadnar has now shared a studio drum play-through showcasing the recordings to "As Our Bones Break To The Dance".

Kadnar: "It was a very interesting and rewarding process working on Ethic of Radical Finitude. This was the first Downfall Of Gaia album that was recorded on two separate continents. I did drums at Backroom Studios in New Jersey, and the rest of the band did guitars/vocals in Berlin, Germany at Hidden Planet Studios. We are very pleased with the outcome of the record and I think it captured the emotion and aggressiveness we have always been searching for."

Ethic Of Radical Finitude is the international quartet's most melodic, most structured and most dynamic release to-date, once more building upon the epic and unique sludgy, crusty, exploratory metallic sound that has organically evolved with every release. "It combines elements from our earlier releases with the path we took on Atrophy (2016)," states guitarist/vocalist Dominik Goncalves dos Reis. "There are long atmospheric parts with enough time to breathe, enough time to unfold, and on the other side there are harsh and melodic blastbeats. Each song is some kind of journey, with emotional ups and downs."

Tracking for the album was handled at Hidden Planet Studio, Berlin by Jan Oberg, and Backroom Studios in New Jersey by Kevin Antreassian of Dillinger Escape Plan, and proved an entirely drama-free process, with everyone on the same page. A handful of guests also contributed their time, including some faces familiar to longtime followers of the band - rejoined by guitarist Peter Wolff, one of the founding members of Downfall Of Gaia, on "Seduced By..." and the drones on the songs "The Grotesque Illusion Of Being" and "We Pursue The Serpent Of Time" come courtesy of their former drummer Johannes Stoltenburg, aka Hidehidehide. "Working together and creating something new with former bandmates is a very special thing. Even if our ways had to split at some point, it's a true pleasure to get together again, with everyone bringing in their own new influences," Goncalves dos Reis enthuses. Furthermore, they collaborated with Nikita Kamprad from Der Weg Einer Freiheit, who added vocals to "We Pursue The Serpent Of Time", and spoken words for the song "Guided Through A Starless Night" were supplied by their friend Mers Sumida of Black Table.

Unlike its predecessors, Ethic Of Radical Finitude is not a concept album per se, but there is a core theme that unites the songs: discontented minds and the never-ending pursuit for more. "I guess everyone in life is trying to find this special 'warm' and safe place, their special place. To feel 'home', to feel 'safe', to feel satisfied. But maybe at some point you need to accept that it may never come, that you will never 'arrive'," Goncalves dos Reis asserts.

When the band hits the road next year, fans can expect to hear most of the tracks, marking the beginning of an exciting new phase in the life of Downfall Of Gaia. "Everyone was absolutely focused on this record, and I think this is something you can really hear in every song. All of us are more than satisfied with the result, and we're extremely looking forward to playing these songs live, and sharing it with the audience." 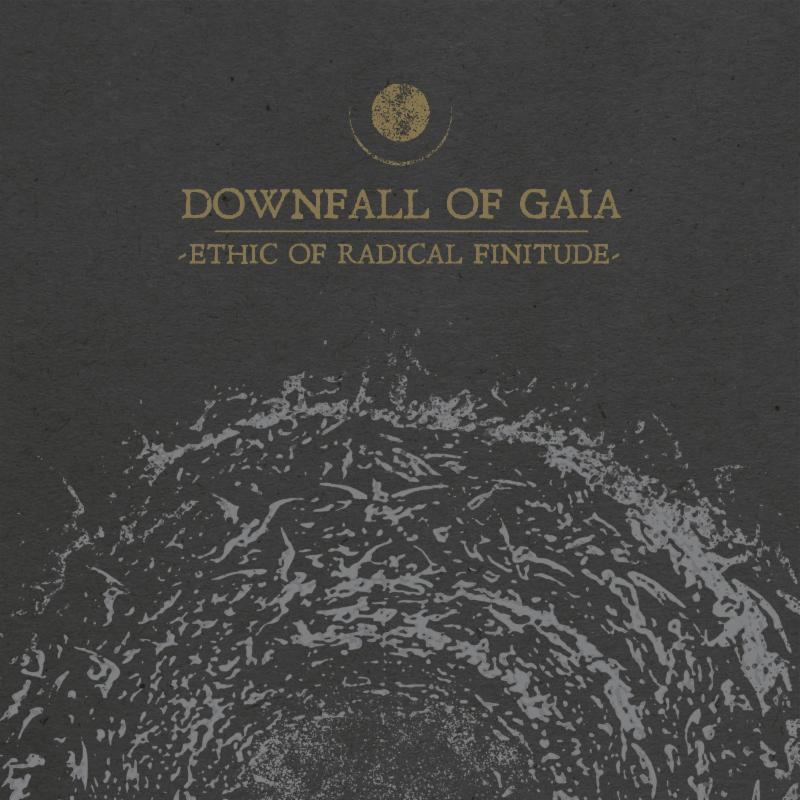 "We Pursue The Serpent Of Time" video:

“As Our Bones Break To The Dance”: