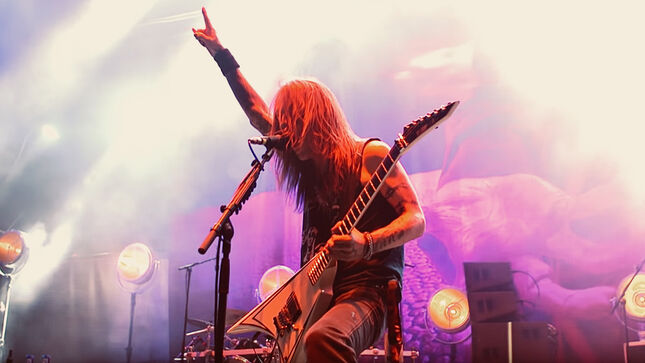 It was announced on January 4 that Children Of Bodom / Bodom After Midnight frontman Alexi Laiho passed away last week due to ongoing health issues. DragonForce guitarist Herman Li spent his most recent Twitch livestream paying tribute to Laiho. Check it out below.

Li: "Rest in Peace Alexi Laiho. Here is an edit of my long Alexi Laiho tribute livestream on Twitch, from the day I heard this very sad news. The stream was a place for me and everyone who watched, to share our positive thoughts and stories about Alexi.

Alexi has been an incredible gift to the metal world with his amazing talent and monster guitar playing. I've always regarded Alexi as one of the best metal guitarists of this generation, together with his exciting approach and attitude. He had an original style and a special presence unlike anyone out there. This is another huge lose to the music and guitar world.

Hatebreeder is one of my favourite metal albums, and he demonstrated his out of this world guitar skill since early in his career."