DREAM THEATER Frontman JAMES LaBRIE Talks New Studio Album - "I Think Our Fans Expect The Unpredictable, So We've Had That Creative Freedom; There Are No Borders" 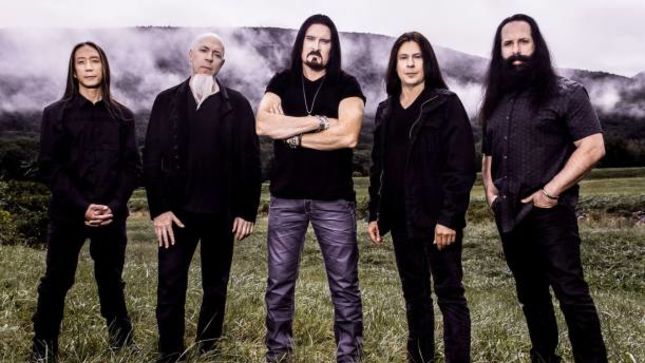 Dream Theater frontman James LaBrie recently guested on The Everyman Podcast and discussed the band's new live album, Distant Memories. He also revealed how far along the band is on their new studio album. Check out the interview below.

LaBrie: "Right now, in Dream Theater land, we're writing another album. I didn't want to go down to the States, even though I love the States because it's brought me everything that I have today. I'm not saying that and trying to be funny, I'm being sincere when I say that. I've made my career because I met these guys from America and because I'm in an American band. I've had an incredible career because of it but I said to the guys, 'Guys, I don't want to come down there; I don't want to fly, I don't want to do anything like that. I want to stay isolated because I'm reading horror stories about people losing their voice box when they get this (virus), and their lungs are compromised and I can't do that.' So I'm coming in every day when we're writing by Zoom, so they have this great big TV on the wall with my big fuck shot on it, and those four guys are in the studio. So those four guys are together at the Dream Theater Headquarters - it's our own studio, warehouse, whatever. And so that's how we communicate every day.

We're in the process of writing a new album right now and it's - I'm always going to say that because that's usually the way we always feel - but it's coming together amazingly. I think our fans around the world expect the unpredictable, so we've had that creative freedom, there are no borders, and we can do that. I think even taking what (previous album) Distance Over Time has said to us as a band, we can take what that has meant to us as a band going in and writing, and then maybe just take all the best parts from that and let it be maybe just always kind of within the room when we go about. But we already have so many ideas of where we're going, where we want to go, what kind of an album we want this to be. And we're already kind of monitoring that as we go along.

All I can say is that. Even from the songs we've already written, it's awesome. We're really nailing what we set out to now, musically, so it's great."

A message states: "With touring cancelled around the world, the incredible members of Dream Theater’s crew have not had the opportunity to work as they normally would in 2020. Please help us support them by purchasing this exclusive Holiday track. All proceeds will go toward these dedicated people who work tirelessly to make Dream Theater concerts possible. Available only through the month of December, for $2.99 USD, via dreamtheaterofficial.bandcamp.com."

Watch an announcement video, and listen to an audio sample, below: