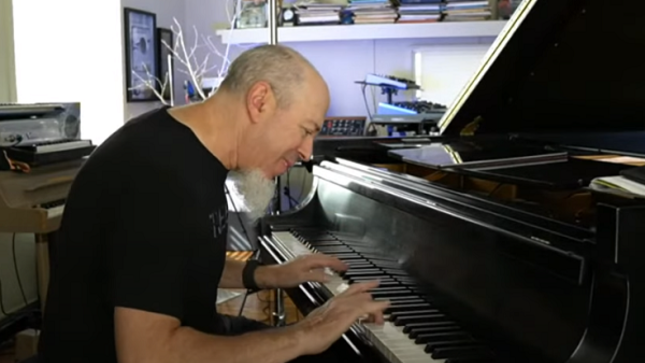 Dream Theater keyboardist Jordan Rudess has shared a portion of his latest piano livestream, which can be viewed in its entirety via his official Patreon page. He also comments on some of his latest projects, which include a new solo album. Check it out below.

Dream Theater's new album, A View From The Top Of The World, is set for release on October 22. In the second instalment of a 3-part interview recorded at DTHQ, Dream Theater discuss the making of the new album:

Watch the first instalment below: