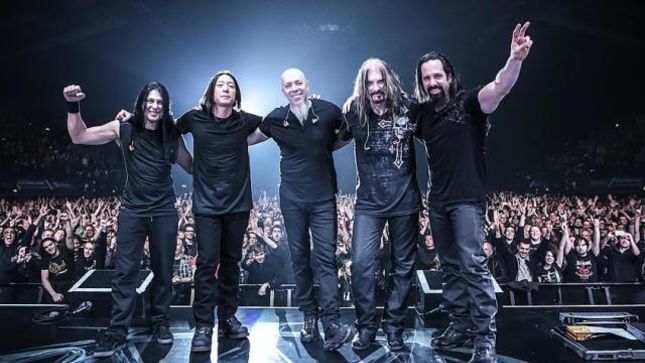 Dream Theater have checked in with the following update:

"Due to the current restrictions on international travel, our November 2020 tour in Australia is being rescheduled until 2021. We are working with TEG MJR to secure new dates at the current venues to minimise impact on fans while keeping original seating and tickets purchased in place.

As a fan you are not required to do anything. The current tickets you have purchased will be valid for the new dates, so please hold onto them. In the case that you do require a refund please contact your original point of purchase.

As soon as we have new dates, we will let you know!"

On a new Dream Theater album

Petrucci: "This will be new music from scratch, yeah. As We sort of shifted our schedule because touring realistically may not happen until this time next year or later. Everything could change if there's a vaccine, and when it does change we're not really sure what state things will be in, so with all that in mind... I've been super busy with all this (Terminal Velocity), but as far as Dream Theater is concerned, let's not sit around and let's be creative together and make new music, even if it won't come out until 2021 at some point, probably later in the year, let's get together and do this. So yeah, we're going to do that, we kind of pivoted our schedule and if things in the world change, then we can make another change, and that's how we're playing it."