Drummer DAVE LOMBARDO Guests On Speak N' Destroy Podcast, Talks SLAYER Being Influenced By METALLICA - "I Believe They Inspired Us In A Lot Of Ways" 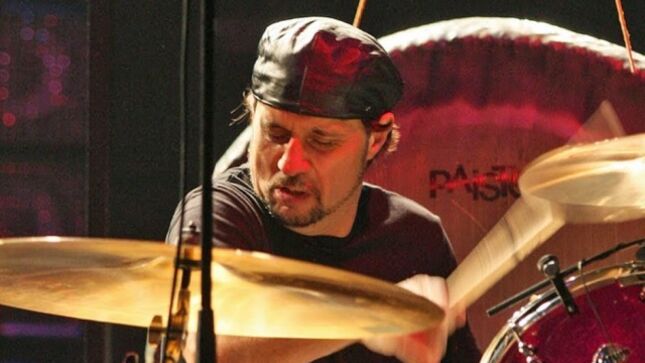 Drum legend Dave Lombardo (ex-Slayer) guested recently on the Metallica-dedicated Speak N' Destroy podcast. He talks about Slayer and Metallica's first show together, filling in for Lars Ulrich, the Big 4, which Slayer song was influenced by Metallica, designing the Slayer logo, how he almost joined Megadeth in 1986, Grip, Inc., The Misfits, Mr. Bungle, producer Rick Rubin, holiday text messages from Glenn Danzig, and much more.

On how Metallica influenced Slayer

Lombardo: "I remember standing in the front and they were fucking tough as rocks. These guys, I think, had been already touring and they looked mean and they were just vicious on stage - it was awesome. And I believe they inspired us in a lot of ways because then we got ahold of the demo (No Life 'Til Leather), and we were influenced definitely by them. I mean, if you listen to 'Hit The Lights' and you listen to 'Aggressive Perfector', they have almost the exact same structure. There's an intro that is very similar, you know, it was almost a carbon copy of 'Hit The Lights'. Slayer did pretty good in the beginning, but yeah, listening to those, they have very similar sections. Although the riffing obviously isn't the same - but yeah, you can tell that we were influenced."

Check out the podcast here.