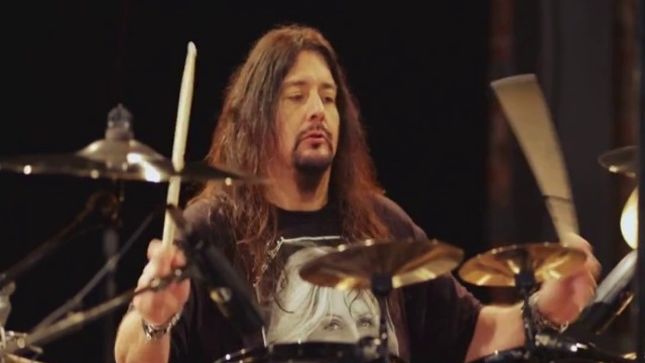 The clip below features an interview with drum legend Gene Hoglan on The Metal Magdalene With Jet international radio broadcast on Metal Messiah Radio. They touch on a lot of subjects including updates on Testament's recent tour with Slayer, his time with Dark Angel and Death, and more.

Hoglan on the new Testament album: "I know the band is writing right now. I've been up to (guitarist) Eric Peterson's place a couple of times already since the end of the tour to work out some new stuff. I know that we've got three songs as of now pretty dialed in. There's gonna be some changes here and there, but Eric's got a boatload of ideas coming and I just go up there and help him flesh them out. I'm sure they're gonna start recording ASAP It doesn't mean tomorrow, but Testament's gonna be back in the studio real soon."