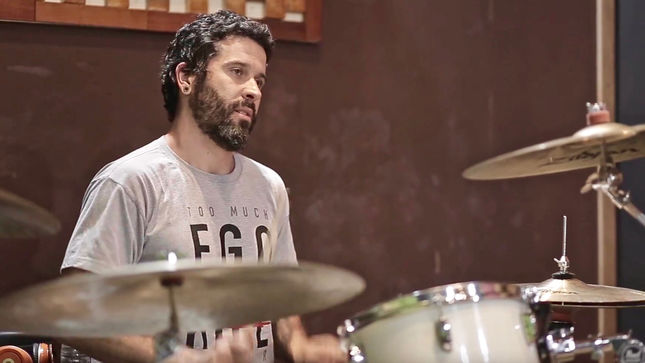 In a new interview with Billboard, Ego Kill Talent drummer/guitarist Jean Dolabella, who was Sepultura’s drummer from 2006 - 2011, discusses his split with the band.

The moment Dolabella quit Sepultura is included in the documentary Sepultura: Endurance. Asked if he’s seen the final cut, and what he thinks, Jean replies:

“Actually, I haven’t watched the final cut yet, but I got an invitation for this. The documentary is told from the perspective of the director and Sepultura. In the context that they show me, it wasn’t only about being away from home and family. I had problems with the manager; it wasn’t positive. I was raising a flag that wasn’t mine, you know? I started playing with them after they’d been together for 20 years. I took over for someone. There are other sides, other stuff that wasn’t told on the documentary. And it’s the band’s story, not mine. In this moment, I’m going through it, but with Ego Kill Talent... it’s different dealing with it your family by your side and with something that was created by you. It’s all new and different from what was going on at that moment. No hard feeling, there was no fight... that’s it. And if today we sing in English, if we want to tour Europe or the United States… I know I’ll have people closer to me and I’ll be able to take a breath.”

Read the full article at Billboard.com.

Sepultura: Endurance shows the journey from their humble rural beginnings to decades spent on the international stage, giving an in-depth look into how the band continues to thrive in a changing metal landscape. Crammed full of rare archival footage, and featuring interviews with legends like Lars Ulrich and Scott Ian, and younger artists influenced by Sepultura, like Slipknot’s Corey Taylor, Sepultura: Endurance is the definitive document of the band’s myths, struggles and heart.