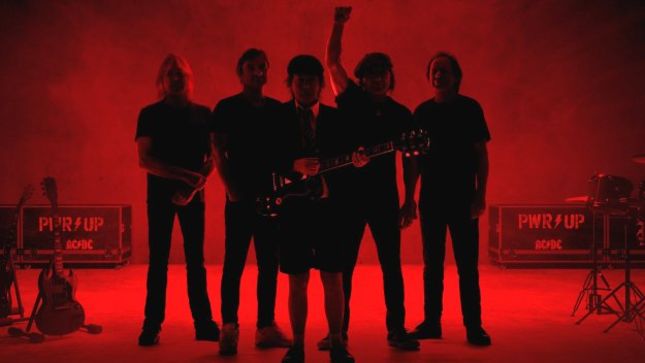 This week, AC/DC drummer Phil Rudd guested on Dean Delray's Let There Be Talk podcast. During the interview, found below, Rudd discussed his return to the band in after being given the boot in 2015 due to Rudd having several legal issues to deal with at the time.

Rudd: "Angus (Young) and I had a good chat at Mal's (Malcolm Young) funeral and caught up. There was crazy shit going on, but since then, I'd got my shit together and put a little band together, I went to Europe and was doing a bit of playing and stuff and did a solo album. The guys knew I was still playing, so when I caught up with Angus at the funeral, we were sort of chatting away and somehow, he just sort of asked if I was up for (a new AC/DC) album, and he started writing the next day. He went in the studio and started writing straight away."

AC/DC have released the new video below, taking you behind the scenes on the video shoot for "Shot In The Dark", the first single from the band's new album, Power Up, out on November 13 via Columbia Records. Watch the new clip below: