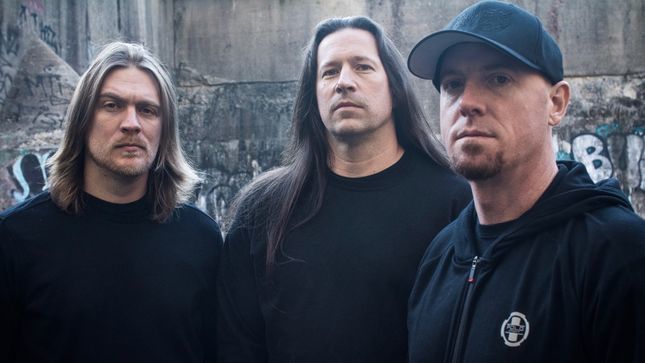 Dying Fetus performed live in Sacramento, CA at Holy Diver on October 4th with Gatecreeper, Genocide Pact and Incantation also on the bill. Aldo Guzman at Capital Chaos TV chated with bassist Sean Beasley on the day. Check out the interview below.

On the intro to "Womb To Waste":

"That was John's idea, it was kind of like a throwback to 'Raped On The Altar' style, when you have the recording at the beginning of the song."

On the most difficult area of the world to tour:

"Southeast Asia; we did that at the end of Reign Supreme cycle, we did it for a month. It was Japan, Australia and the rest of South East Asia for a whole month. Everyday is a 7 to 9 hour flight, you fly every single day so it's a show every single day and that was just tiring you know, that's about the worst of it for us."

Check out the entire Dying Fetus set below courtesy of Capital Chaos TV. The setlist on the night was as follows:

"Wrong One to Fuck With"
"Panic Amongst the Herd"
"Grotesque Impalement"
"From Womb to Waste"
"Fixated on Devastation"
"Subjected to a Beating"
"Induce Terror"
"Seething With Disdain"
"Praise the Lord (Opium of the Masses)"
"Blunt Force Trauma"
"Your Treachery Will Die With You"
"Kill Your Mother, Rape Your Dog"