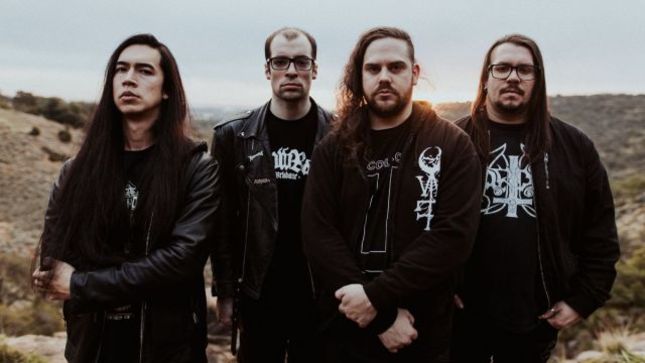 Australian blackened death metal outfit Earth Rot will release Black Tides Of Obscurity on March 6, 2020 via Season of Mist, making it their debut to the label. The band have revealed the album art, tracklisting, and an Australian record release tour, which can be viewed below.

Earth Rot comment: "A morbid hallucination of the inevitable end. Heralded by titanic black waves, monstrous tentacles spill forth from the abyss, accompanied by a total fracturing of the mind. Hanging black in the heavens, an all-seeing spectre of the adversary confirms our darkest fear: doom is coming for us all. It is with much excitement we reveal the title and artwork for our upcoming Season of Mist debut release, 'Black Tides of Obscurity' with artwork by the exceptional Khaos Diktator Design. To celebrate the album release, we've handpicked lineups of the best that Australia's underground metal scene has to offer. Direct support comes from South Australia's most blasphemous sons: Christ Dismembered."