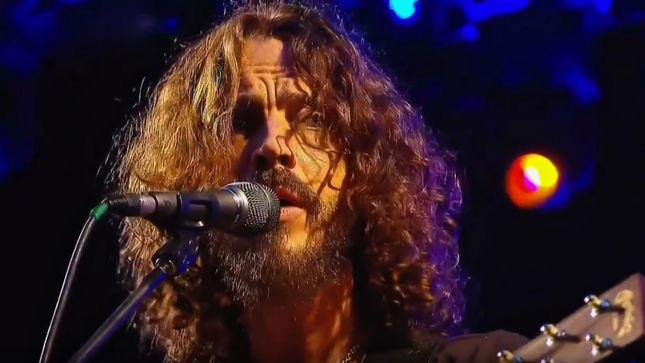 Eddie Vedder made his SiriusXM The Howard Stern Show debut today, November 2nd, sitting down with Howard Stern for a three hour discussion covering everything from Vedder’s childhood and his music career to his current efforts to mobilize voters ahead of Tuesday’s election.

Joining in from his home studio, Pearl Jam singer Eddie Vedder remembered his friendship with Chris Cornell and told Howard about the grief he still has for the Soundgarden frontman. “I’ve had to be somewhat in denial,” he told Howard. “I don’t even feel like I had a choice. I was just terrified where I’d go if I allowed myself to feel what I needed to feel.”

“We were neighbors. I would hang out with him outside the band more than even the other band guys, and I didn’t know that many people in Seattle,” he recalled. “We would go on crazy hiking adventures, or we would go mountain biking, or we would chase the dog in the rain while drinking shitty beer—and it was cool.”

Eddie Vedder told Howard he was already dealing with grief when Cornell passed. His third-youngest brother, also named Chris, had died after a climbing accident. “That one took me down so hard… I seriously didn’t know if I was going to get out of that one and it really hurt me to think about what my daughters were witnessing,” he said. “There was no hiding it. It was a dark place.”

More information from Eddie Vedder’s interview on SiriusXM’s The Howard Stern Show can be found at this location.